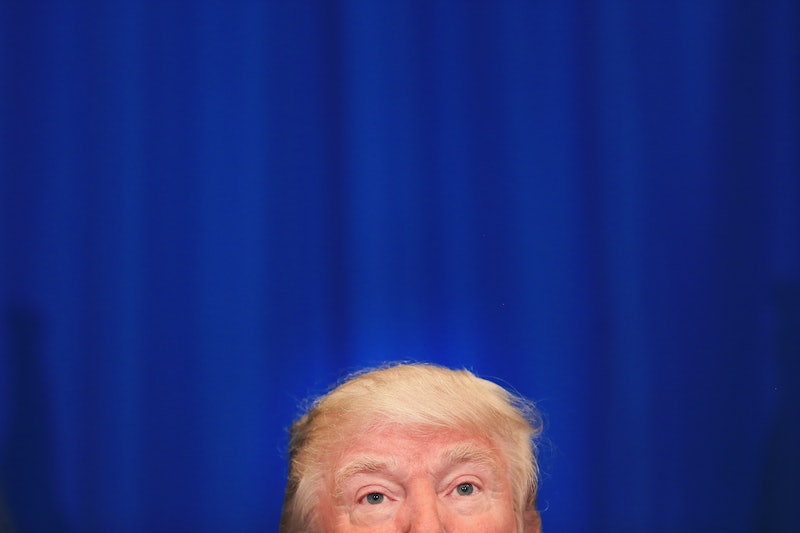 On Super Tuesday, more delegates will be awarded than on any other single day in the presidential primary. Candidates on both the Republican and Democratic sides will be scrambling until the last minute to get every last vote they can, and we’ll have a much better idea of who the eventual nominees will be on Wednesday morning. But let’s not kid ourselves: Donald Trump is winning Super Tuesday before it even begins.

Eleven states will vote in the Republican primary on March 1. Let’s see what the polling looks like* in each of those states, shall we?

There’s a trend there. The trend is that Trump is beating everyone in all but three states. In the states where Trump does not lead, two — Arkansas and Minnesota — have only been polled once this year. The third, Texas, is the home state of Trump opponent Ted Cruz. Furthermore, Trump is closing in on Cruz’s lead in the Lonestar State, so even that one could go the way of the Donald.

Cruz is in a particularly unfortunate position. Because candidates are generally expected to win their home states, a Cruz victory in Texas would be perceived as a positive, but not particularly amazing, outcome. If he loses there, however, it’ll be painted as a huge defeat and, in all likelihood, the death knell to his campaign.

Beyond the symbolism, there’s also the matter of delegates. Texas has a ton of ‘em, and awards them through a system that allows winners to collect a higher share of the total delegates than in most states. Trump already has more delegates than the rest of the candidates combined, and if he can pull off an upset in Texas, he will, for all intents and purposes, be unstoppable.

And it's not just Texas. Trump also has substantial leads in Georgia, the second most delegate-rich state to vote on Super Tuesday, and Tennessee, a state with a high share of evangelical Republicans that should, based on that fact, be in Ted Cruz's column.

Sure, there are the usual caveats about how anything could happen between now and them, or how the polls might all be off-base, and all of that. It’s certainly possible that Trump won’t sweep Super Tuesday, or that another candidate will do well enough to prolong this nomination fight. However, there isn’t, at this point, any no good reason to expect anything other than a resounding Trump victory on March 1.

*When possible, I’ve used RealClearPolitics’ poll average in each state. In states where two or fewer polls have been conducted, like Tennessee and Alaska, I’ve included the most recent polling result.