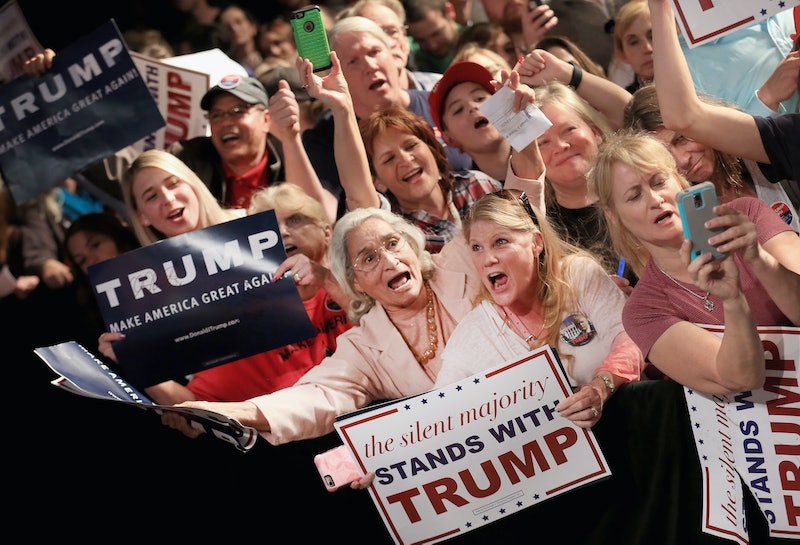 March is Super Tuesday, the biggest primary day of election year. More than a dozen states are holding either Republican or Democratic — or both! — primaries and caucuses, where delegates will be allocated to the winning candidates. The number of delegates each state possesses is dependent upon the state's population, and so all eyes this Tuesday will be on Texas, which has a lot of delegates to allocate and is the largest state to host a primary this election season.

Texas has 155 delegates for the Republican Party and 222 for the Democratic Party. The Democrats also have an additional 29 delegates that are designation as "superdelegates." According to The Dallas Morning News, there are more delegates in the Dallas area alone than there are for the state of New Hampshire.

Given the high number of delegates, Texas is considered the most important primary race on Super Tuesday. Texas is perhaps even more important this election year because of the unlikely yet seemingly unstoppable presence of The Donald. Donald Trump, the unquestionable GOP front-runner, currently has a lead in every Super Tuesday state except for Texas. The Lone Star State seems to favor its own U.S. senator, Ted Cruz.

On the Democratic side, Texas has 31 Senate districts with an overall 145 delegates. Another 77 delegates will be allocated later, following the outcomes of the statewide primary election. Plus, there's the additional 29 "superdelegates" to think about.

And as the math shows, Trump is on pace to win Super Tuesday, putting him on track to secure those 1,236 Republican delegates. However, it looks like he'll do this without winning Texas. According to the latest polls, Cruz has a steady first-place lead in his home state. Of course, with Donald Trump as the front-runner in this wacky 2016 election year, anything could happen come Super Tuesday.