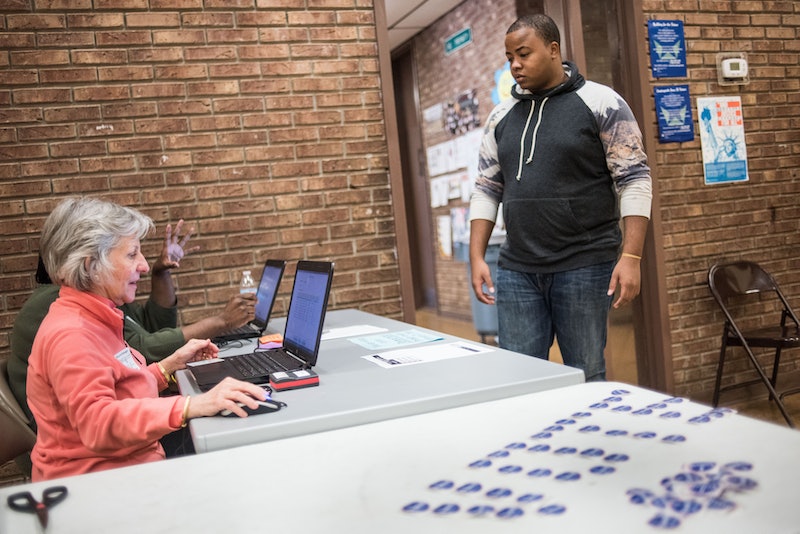 The South Carolina Democratic Primary took place on Saturday. The "first in the south" event offered Democrats in the Palmetto State to have their voices be heard when picking the next presidential nominee on the left. Frontrunner Hillary Clinton was poised for victory once more. She handily defeated Bernie Sanders and her victory was announced mere minutes after polls had closed at 7 p.m. How many people voted during the South Carolina Democratic primary? The final tally shows far fewer voters than the record turnout in 2008.

South Carolina can claim nearly 3 million registered voters. Of those voters, a simply unprecedented amount showed up for the South Carolina GOP primary, which took place the Saturday prior. The same could not be said for the Democrats. Voters appeared to only be strong in numbers when they were voting by mail. Approximately 19,000 more absentee ballots were cast during this year's South Carolina Democratic primary compared to the 2008 primary. The election commission is reporting that 54,000 absentee ballots had been counted prior to polls closing and in person votes being tallied. Very few surprises surrounded the winner of the South Carolina Democratic primary. The real story of the primary, however, is simply how many votes she won by despite so very few being cast.

Around 370,000 votes were cast in the South Carolina Democratic primary, amounting to just over 12 percent of the overall vote. Of those votes, Sanders claimed around 100,000 while Clinton netted nearly three times more. Some of the least populated counties saw the best turnouts, though not a single county had more than a third of their registered voters hand in ballots. In Greenville County, the most populous in South Carolina, a paltry 10.35 percent of voters participated in the primary on Saturday.

Regardless of abysmal voter turnout, both candidates earned delegates. 53 delegates were up for grabs. Clinton got 39 while Sanders earned 14. Neither amount is enough to decisively confirm a Democratic presidential nominee, though Clinton's ever-widening lead has become all the more apparent. Sanders made it abundantly clear that he's focused on Super Tuesday and winning as many states as he can in the major election season event.