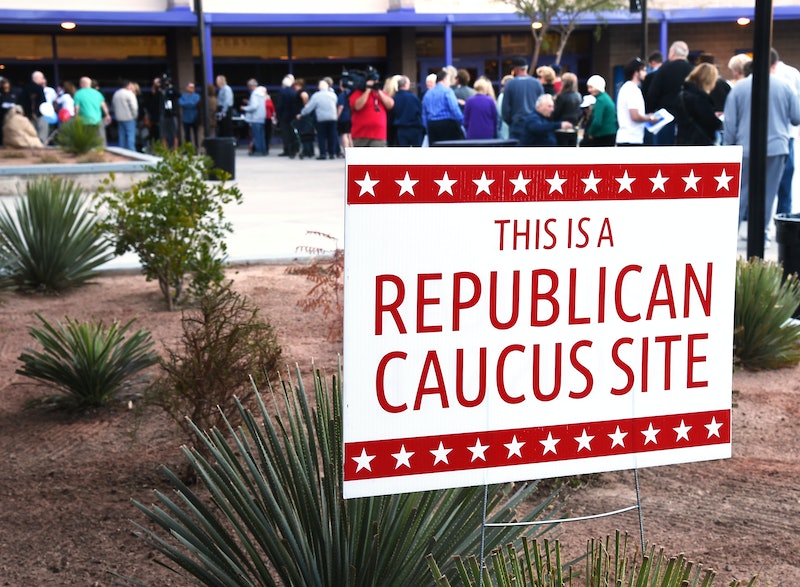 More than a race for votes, the presidential primaries are a race for delegates. In order to receive their party's nomination at the nominating conventions to be held this July, candidates on both sides of the aisle need to secure a certain number of delegates, who will participate in those conventions and, ultimately, choose their respective party's nominee. Although Americans believe wholeheartedly in one person, one vote, not all delegates are created equal, as bound delegates give candidates more security than their pledged or unbound counterparts.

To put it simply, bound delegates are "bound" by their state's choice in the primary or caucus process when the nominating convention rolls around. In other words, if a bound delegate is assigned to Donald Trump in one of the upcoming Super Tuesday primaries, that delegate will have to support Trump at the Republican National Convention in Cleveland, Ohio, this July. Pledged or unbound delegates, on the other hand, are only loosely committed to their state's preferences, though they often do tend to stick with those preferences. The Democratic primary process does not have bound delegates, but they make all the difference on the Republican side, where more than 95 percent of delegates are bound to their state's choices.

In this year's election, bound delegates create a challenge for Republicans. The field of candidates has narrowed substantially since voting began with the Iowa caucus on Feb. 1, and it will likely continue to narrow even further before the convention. The problem with bound delegates, then, is that they cannot change their preference if their assigned candidate drops out of the race. This shouldn't be too big of an issue, considering most states have some sort of threshold that keeps weaker candidates from receiving any delegates.

Still, there are likely to be instances where a delegate ends up voting for an empty chair at the convention. For instance, Ohio Gov. John Kasich and retired neurosurgeon Ben Carson have each picked up at least one bound delegate, based on their showings in Nevada's GOP caucus. Although they're still hanging on to their hopes for a successful campaign, Kasich and Carson are likely to drop out before the nominating convention. Should they do so, their bound delegates would essentially be wasted on a no-show candidate.

Ultimately, bound delegates are surefire votes that candidates can count on in July — but that's not always a good thing. Every bound delegate assigned to a candidate who has dropped out or will drop out of the race is one less delegate that could support a different candidate who stays in the race. Admittedly, most of the weaker candidates are almost too weak to make a difference in the delegate count at this point, but with a race as controversial and volatile as this one, any and every delegate matters.