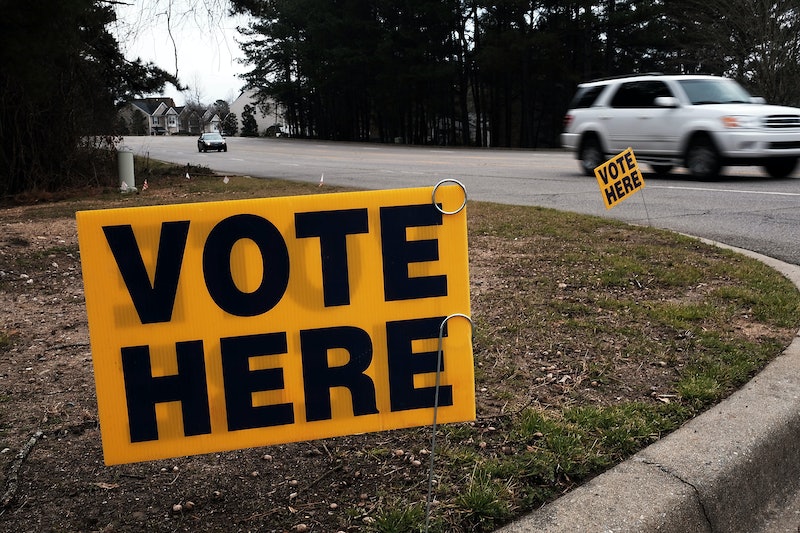 Virginia may not have the most delegates to award on Super Tuesday, but it bears much of the same significance that states like Texas and Georgia boast. Part of that significance comes from what happens in Virginia during general presidential elections, when it is often considered an important "swing" state. On Tuesday, when voters have to choose a nominee from both parties, Virginia's primary won't be winner take all, which could give lagging candidates the opportunity they desperately need in order to make it to the general election that will happen this fall.

As part of the so-called Super Tuesday and SEC primary elections, Virginia will have its say on a big day for the race to the White House. It's also expected to have a big say — in the outcome of the election, that is. The commonwealth will award 49 Republican delegates and 95 Democratic delegates to candidates. On the Democratic side, there are also 15 superdelegates up for grabs. Virginia won't allocate all of these delegates to the winning candidate from each party, but rather, the Old Dominion will assign delegates to candidates proportionally, based on the portion of the vote that they receive. As a result, Virginia could keep a number two and number three (or lower) campaign energized enough to move on past Super Tuesday.

Virginia's primary is also somewhat unpredictable. Currently, polls show that real estate mogul Donald Trump leads the Republican race with an average of about 36 percent of the vote, and former Secretary of State Hillary Clinton leads the Democratic side with more than 50 percent support, according to RealClearPolitics. It's difficult to tell who will turn out to the polls in Virginia, though. For one thing, the primaries are open, meaning you don't have to be registered with a certain party to vote in that party's primary.

Additionally, the population of Virginia can make results unpredictable. Virginia has a high concentration of active and former military members and veterans. It also has a highly politicized population, at least in the northern part of the state, which is composed of Washington, D.C. suburbs. Beyond the major hubs of urban development, including northern Virginia and Richmond, the state is rather rural. Overall, the state had long remained a conservative voting bloc in general elections, until 2008, when then-candidate Barack Obama was able to swing the state into the blue.