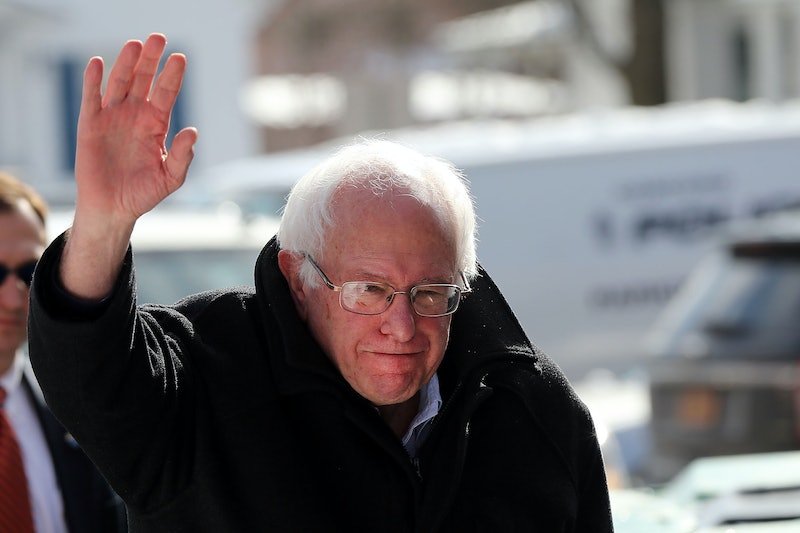 Thirteen states comprise the events of Super Tuesday, including Vermont, where primaries for both the Democratic and Republican candidates will make for a very exciting — and competitive — evening. With some unusual voting history, like when the state was only one of two to vote for William Howard Taft, or one of two to vote against Franklin Delano Roosevelt in all four — yes, four — of his presidential campaigns, there is no doubt that the Green Mountain State has a mind of its own. So with its unique past as far as elections go, Vermont could play a very interesting role in Tuesday's results, especially if any one candidate on either respective side receives all of the delegates. So is Vermont's primary race winner-take-all?

As it stands, with the relatively low 16 Republican delegates and 26 Democratic delegates — including 10 superdelegates — up for grabs, the primary elections on both sides are not giving all delegates to the winner of each race. Instead, each side has an in-depth process of distributing delegates to the presidential candidates based on the number of votes each receives. The procedure is a bit different for the Democrats than it is for the Republicans.

On the Democratic side, the 16 pledged delegates are allocated based on district and statewide vote according to the Democratic Party's standard set of rules. Essentially, it is done proportionally, and so candidates get delegates in proportion to their vote share. Democrats also require that each candidate gets at least 15 percent of the popular vote to qualify for any delegates.

As for the Republican side, where there are also 16 delegates, the Republican National Committee allows states to choose how to assign delegates. Vermont's Republican Party happens to also operate proportionally, although many other states use a winner-take-all method of allotment. Republican states do not require candidates to reach a certain percentage of the popular vote to acquire delegates, though most states choose to do so. Vermont is one of these states.

Although Super Tuesday is not the official solidifier of the presidential race for either party, thirteen states is a pretty big deal. Vermont is one of the few northern states participating on this day, so the results could help predict the direction of the remaining northern states. Stay tuned on Tuesday to see how the race in Vermont affects the entirety of Super Tuesday.