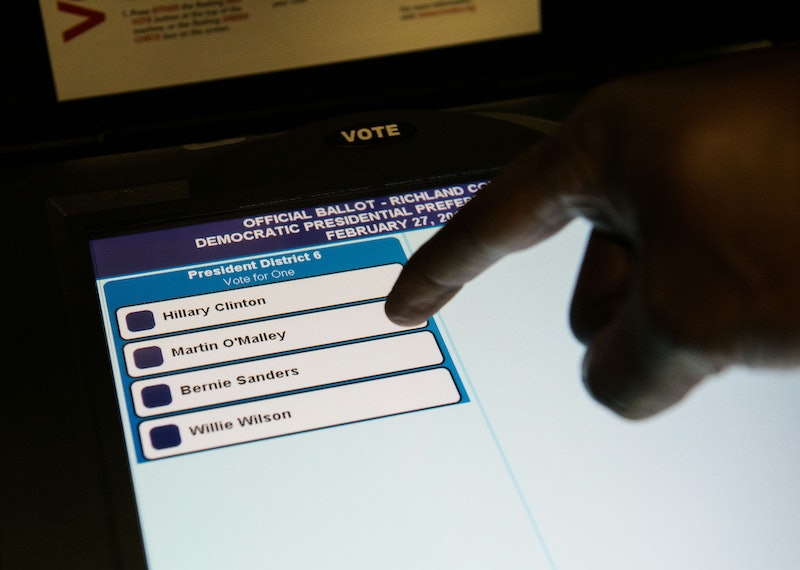 Prior to 1968, political parties elected presidential nominees largely behind closed doors with influential politicians calling the shots instead of voters. Dissatisfaction with the results of the deeply divided 1968 Democratic National Convention, which saw then-Vice President Hubert Humphrey named as the party's nominee despite not entering a single state primary, forced the party to establish a direct link between voters and convention delegates with the creation of binding primaries and caucuses. But what exactly is a binding primary or caucus, and how common are they?

In a binding primary or caucus, a state's delegates are pledged or bound to a party's presidential candidate based on votes collected in that state during the presidential primary race. Conversely, non-binding primaries or caucuses operate more like straw polls to gauge the public opinion of presidential candidates in a state without binding delegates to any specific candidate. Delegates sent to state or national conventions under non-binding primaries and caucuses are allowed to pledge themselves to a candidate according to their personal preference as votes collected in their precinct or state are considered advisory.

As the Democratic party began to remove some of the smoke and mirrors that plagued its nomination process following the events of 1968, the Republican party was forced to follow suit. However, a lot of confusion (and frustration) remains regarding the role non-binding primaries and caucuses continue to play in the primary race. Despite leading the change, Democrats have not eliminated non-binding caucuses or straw polls from their primary process altogether, they're still held by the party in Iowa, Nevada, and Colorado.

It's Republicans who took the first step to officially close the book on non-binding primary events and boost primary poll participation. A recent rule change by the national Republican party requires state delegates to support whichever candidate wins the caucus vote held in their state. In essence, the rule eliminates non-binding primary and caucuses from the Republican primary in hopes of avoiding "political mischief" like that seen at the 2012 convention. This resulted in states like Nebraska and Montana dropping their traditional "beauty contest" primary polls for binding, winner-take-all Republican primary events. Iowa, Minnesota, Maine, and Washington were also forced to adopt binding primaries and caucuses.

Colorado's Republican party, however, has decided to circumvent the national party's rule by dropping its primary electoral event altogether, much to GOP voters' frustration. The Colorado GOP announced it had voted to cancel the traditional "presidential preference poll" held at caucuses throughout the state in order to keep the state's delegates unbound to any particular candidate at the July convention, the Denver Post reported. The state's Democratic party will hold its non-binding caucus on Super Tuesday, allowing voters to make their presidential preference known and select delegates to participate in county (and then later, state) conventions.

North Dakota's Republican party was also forced to ditch its non-binding presidential straw poll, but failed to put together rules for a binding primary before the October deadline, leaving GOP voters in the state similarly stuck on the bench while Democrats in the state participate in binding caucuses, local paper Inforum reported.

The truth of the matter is that presidential elections are a lot more complicated than your high-school government teacher likely made them out to be. Delegate math and allocation is a messy business even without considering the impact superdelegates can have. Low voter turnout and a general sense of political disenfranchisement are proof many don't feel their vote counts, and indeed, in some state's it certainly doesn't seem to. Voters, especially those in states still holding non-binding straw polls and electoral events, would benefit from the greater sense of transparency that binding primaries and caucuses could bring to the presidential primary.