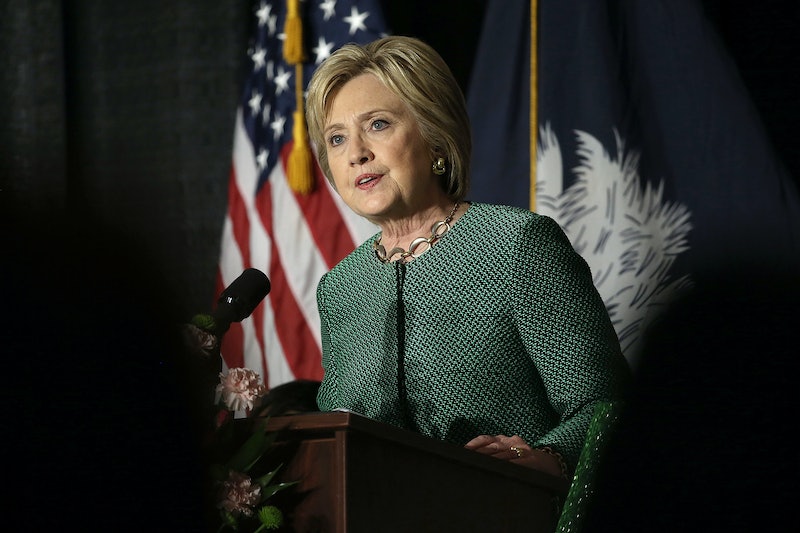 Tuesday is, of course, Super Tuesday and while there's a lot going on, something that'll be easy to keep track of is the fact that three out of the remaining seven major presidential contenders will be competing for the nomination in their home states. Barring a freak event that completely overturns the current electoral calculus, as of press time, each of the three candidates is expected to win the approval (and delegates) from the states where they began their political careers. On Super Tuesday, home is where the heart is — and where the votes are at, it seems.

On the Republican side of the aisle, Texas Senator Ted Cruz is likely to fend off a challenge from former reality television star Donald Trump with the rest of the field lagging far behind. Aggregate polling data from The Huffington Post suggests that Cruz is on track to best He Who Must Not Be Named by a margin of about 5 percentage points, with Florida Sen. Marco Rubio roughly another 13 points behind second place. Rounding out the field, former managing director at Lehman Brothers and current governor of Ohio, John Kasich, polls at 7.2 percent, with noted slow-talker Dr. Ben Carson bringing up the rear with a paltry 6.6 percent.

The Democratic races in Arkansas and Vermont, the political proving grounds for former Secretary of State Hillary Clinton and Senator Bernie Sanders respectively, will likely be amongst the first states definitively called during the election coverage. Arkansas' former First Lady of more than a decade is expected to win handily over Sanders: a poll of 535 likely Arkansas Democratic voters by the firm Public Policy Polling is projecting Clinton to win 57 percent of the vote; Sanders is currently polling at 32 percent. Even if the entirely of the 11 percent of undecided voters all suddenly start feeling the Bern, as they say, it still will not be enough to unseat Clinton. Her deep ties to the state — she is a former lawyer for Rose Law Firm and a former Wal-Mart board member — will ensure a relatively wide margin of victory.

Sanders is also expected to win his home state of Vermont by a wide margin. Before he was a Senator, Sanders was the lone member of the House of Representatives from Vermont, and the former mayor of the picturesque college town of Burlington, the largest city in the state. Polling from PPP shows Sanders winning by 76 percentage points, 86 percent to 10 percent for the former Secretary. Sanders' achievements at the local level include a novel form of public housing assistance where individual lots are owned by a community land trust but where individual families can build their own homes. This drastically lowers the cost of financing an individual home while providing families choice and autonomy. It's pretty understandable why voters, and homeowners especially, would be happy in Burlington; according to Zillow, there are currently only seven foreclosed properties in the city of around 42,000 people. Bloomberg Business tweeted recently that he has a 98 percent chance of winning the state.

Super Tuesday is bound to offer some surprises and drama. Barring an unlikely, but not impossible, come-from behind win for consummate New Yorker Donald Trump in the Lone Star State, it is incredibly unlikely that it is going to come from Texas, Arkansas or Vermont. The only number worth remembering will be how big their margin of victory was.