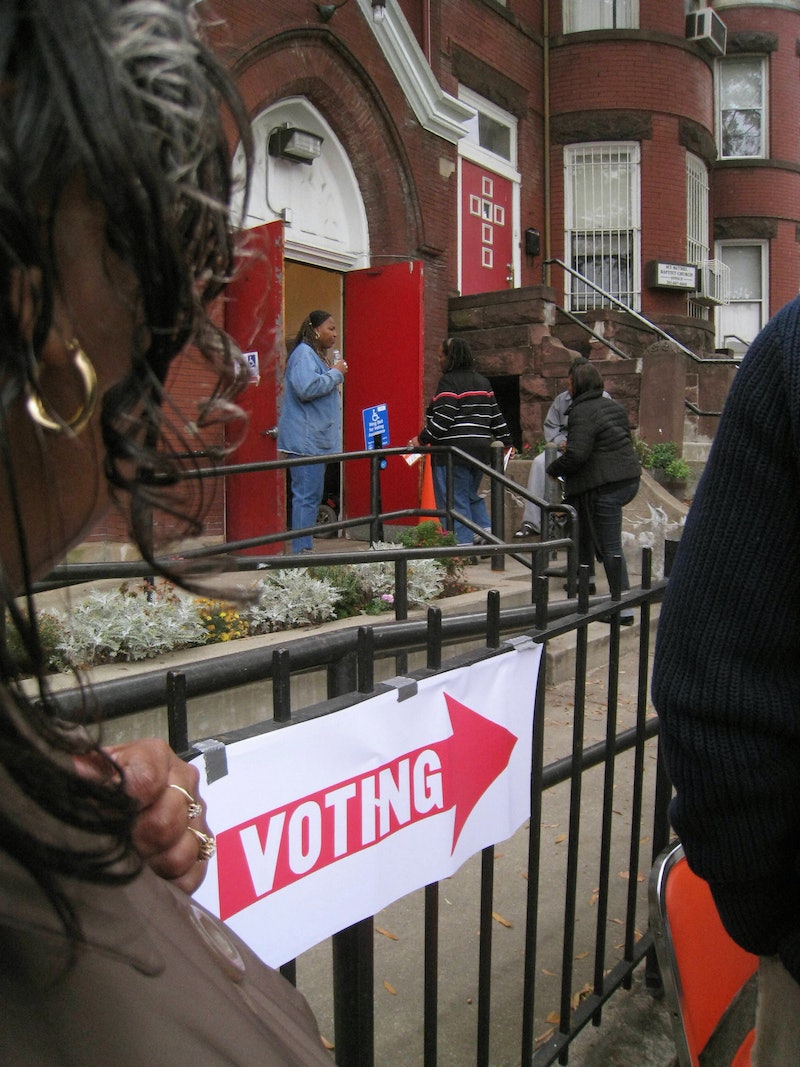 Super Tuesday is arguably the biggest election-voting event before the general election for Republicans and Democrats. On Mar. 1, there will be 14 states and one territory (American Samoa) participating in Super Tuesday. Voters' decisions will reveal which candidates they could push to become each party's nominee, so there's a lot at stake with this nationwide event. The multi-state voting event is a lot to keep up with, especially as results start rolling in, but the important day actually has a fascinating history; most notably, the number of participating states has changed a lot over the years, which has had a significant influence on Super Tuesday since 1980.

The name "Super Tuesday" first emerged when Alabama, Florida, and Georgia all held their primaries on the same day in 1980, according to Time. That means at its inception, Super Tuesday was hardly "super" relative to more recent years, as only three states participated that year. The number of Super Tuesday states has grown since then, but it has never remained constant and each year has included anywhere between seven and 25 states. Despite this fluctuation in numbers, Time reports that it wasn't until 1988 that the Super Tuesday we know and love today was born.

But the modern-day Super Tuesday was born in 1988, when a dozen southern states on the Democratic side, upset with the nomination of Walter Mondale four years earlier and frustrated with being out of power in the White House for 20 years, save for one term of Jimmy Carter, banded together to try and nominate someone more moderate.

With 14 states, this year's Super Tuesday ranks fourth highest in terms of the number of participating states over the past 36 years. In 2008, Super Tuesday included 25 states — half of the entire U.S. — who held primaries and caucuses on a single day, which landed on Feb. 5. Almost exactly one year earlier on Feb. 7, 2007, CNN reported that only eight states had scheduled to participate in the 2008 Super Tuesday. However, in the subsequent weeks, 15 more states scheduled their primaries and caucuses for Feb. 5, 2008, as an effort to increase their state's political power in the presidential election process.

Given the volatile GOP field and the nearly-tied Democratic candidates this year, Super Tuesday is more important than ever in helping to support two, sound presidential candidates who could likely become the eventual nominees after delegate allocation. The number of states involved is important because it determines the range of voters, regions, and demographics that have a vital part in the election process. Moreover, it has put some larger, more diverse states — like California — higher up on the primary calendar, which helped balance out the nearly homogenous, small states like Iowa and New Hampshire. Here's a breakdown of the number of participating states in Super Tuesday since 1980.

In the first eight years, the number of participating states in Super Tuesday increased from three in 1980 to 21 in 1988. Each Super Tuesday throughout the 80s and 90s paved the way for our modern event, which is still unpredictable in numbers but has some more structure than before. The most significant Super Tuesday history happened in 1988 when George H.W. Bush won 16 of the 17 participating Republican states.