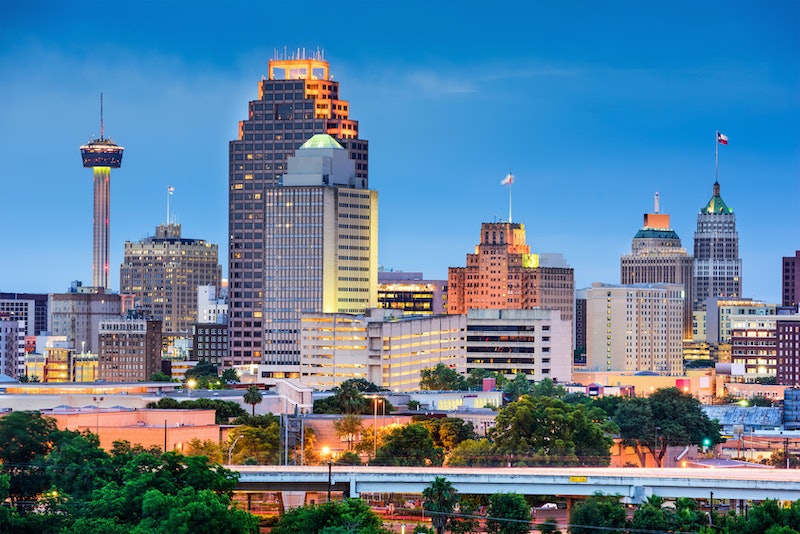 To determine which cities rank among the most romantic in the U.S., Amazon took a look at the sales data for romantic products purchased in cities with more than 100,000 residents. What classifies as a “romantic product?” According to Yahoo! Finance, romance novels and relationship books, rom coms, romantic music from the likes of Dean Martin, Barry White, and so on, and sexual wellness items. Don't these sound like the products that someone who is looking for romance rather than someone who is actively engaged in romance might purchase, though? Isn't "relationship books" a euphemism for titles like The Complete Idiot's Guide to Finding Mr. Right ? Anyway, Stacy Keller, a spokeswoman for Amazon, elaborated on how they interpreted the data once it was gathered:

This explains how smaller cities were able to climb the list (who knew Spokane, WA was so romantic?). Hilariously, New York City was determined to be one of the least romantic cities in the country; Time speculates that it had something to do with the mysteriously high amount of purchases of music from Korn and Slayer. At least it’s not as bad as Boise, ID, which earned the dubious title of Least Romantic City in America. Sorry, Boise.

More like this
The 5 Best Laptop Power Banks
By Vanessa Spilios
You Can Stay At The 'Hocus Pocus' House On Airbnb
By Alexis Morillo
Craving The Beach? Here's Your Guide To A Solo Vacation In Turks & Caicos
By Alexis Morillo
The 7 Best White Face Paints For Halloween In 2022
By Maria Cassano
Get Even More From Bustle — Sign Up For The Newsletter