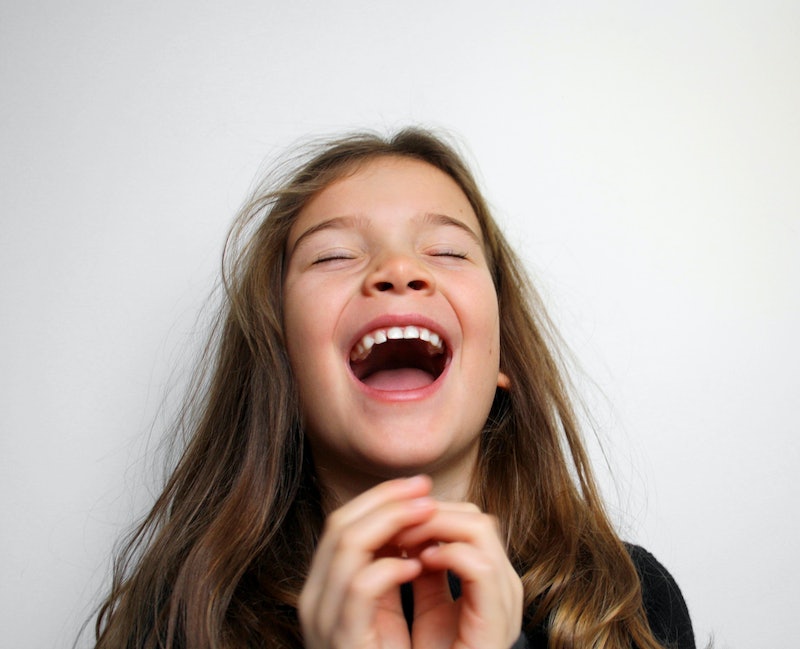 I often reminisce about the good ol' days where we had desktop computers that were larger than our heads and we had to find ways to entertain ourselves while our dial-up connection was oh-so-slowly bringing us to the World Wide Web. If you also look back on the simpler times of tech with fondness, you'll probably also feel... um... let's say, strongly about this new video from Fine Brothers Entertainment featuring teens reacting to Windows 95. I say "strongly," because although the video is undoubtedly hilarious, it might also make you feel like doing a facepalm — or maybe just make you feel really, really old. But hey, since technology seems to be progressing at lightning speeds these days, we may soon look back at our fancy iPhone or iPad Pro with the same attitude of, "If only we knew!"

The video starts out with the unveiling of a Dell desktop that looks like the first family computer that my folks bought for us back in the mid 90s. Most of the teens have never seen a computer that looks like this, with their comments ranging from, "I see these in old libraries," to "Are these the ones that take floppy disks?" One kid ever asks, "Is it, like, the first computer ever made?" You really can't make this stuff up.

The reactions? They are priceless. Here are a few of my favorite highlights; to see the full video, which includes more than eight minutes of priceless reactions, scroll down.

Even the simple task of turning on the computer is a difficult task for these teens. Most of them instinctively click on large circular button on the monitor and get confused when nothing happens. Remember the days of having to have a tower to power your desktop? Well, these teens clearly don't.

When the teens try to connect the Windows 95 loaded Dell desktop to the Internet, they quickly discover that the convenience of Wi-Fi was not always around. When prompted to visit Internet Explorer (remember the days before Google Chrome and Firefox?!), the teens naturally click on the corresponding icon to open the browser — not realizing that back in the day, you actually had to connect to the Internet first. Dial-up is an entirely foreign concept to these kids.

Fun fact: Windows 95 actually holds the first version of the Internet Explorer browser, which was used by more than 95 percent of web users back in the '90s. It may even make you sad to learn that Internet Explorer is no more, as the default browser for Microsoft has been replaced by Project Spartan.

3. "Now you're getting up to get your second snack, by this point."

Next up: AOL. I fondly remember the days of spending hours trying to use AOL to connect to the web... and yes, I mean hours. But these teens don't understand that patience is considered a virtue with regards to getting online, '90s-style; their comments range from, "God, this is such a pain in the ass," to "I see a key, bless up, and the Illuminati symbol." Boy, we've sure come a long way.

To see all of the reactions of the teens who used Windows 95, watch the full video below.

More like this
11 Super Bowl Instagram Captions To Use On Game Day — Even If You Don’t Like Sports
By Alexis Morillo
Ashamed Of Your Screen Time Stats? Here's How To Change That
By Alexis Morillo
Flip Phones Are Gen Z's Favorite New Nightlife Accessory
By Maria Santa Poggi
Everything You Need To Know About The Samsung Galaxy S23 Ultra’s New Camera
By Alexis Morillo
Get Even More From Bustle — Sign Up For The Newsletter
From hair trends to relationship advice, our daily newsletter has everything you need to sound like a person who’s on TikTok, even if you aren’t.