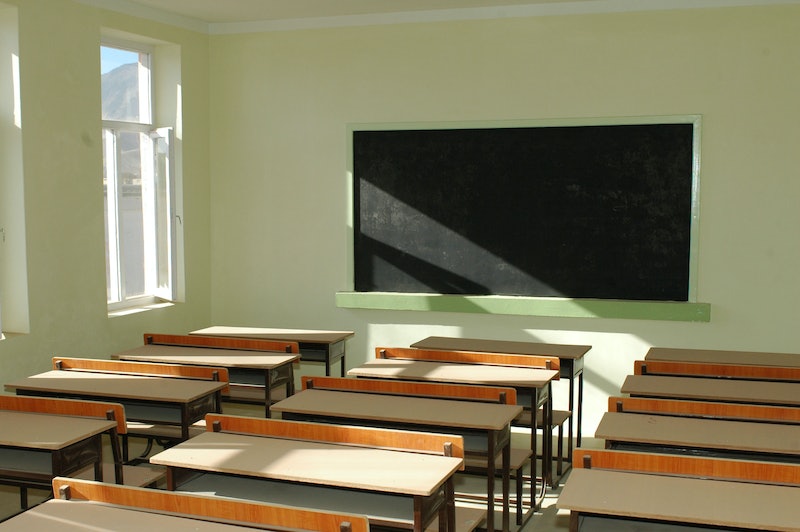 In America, your first intro to sex ed tends to happen at the worst possible time: middle school. But in Switzerland they often start basic sex ed in kindergarten, bringing up a few of these concepts before the hormones and the awkwardness set in. One concerned parents group, however, would like to change all that and outlaw sex ed for children under the age of nine.

The group began when some parents in Basel, Switzerland were outraged by the genital plush toys their children were allowed to play with as part of the sex ed process. Which I personally think sounds a lot better than those godawful diagrams I remember from my sex ed, but hey, I guess the visual of kids playing with penis plushies is upsetting to some. The group managed to kick the toys out of the curriculum and now has the backing of the right wing Swiss People's Party as they try to end sex ed for young kids.

The idea of a kindergarten sex ed curriculum was always a little controversial, so it's not necessarily surprising that this movement has garnered the 100,000 signatures necessary to put the issue on the ballot next election.

There's no telling yet how the referendum might do, but personally, I'm hoping the voters decide to keep sex ed for kids. Western society has some seriously messed up ideas about sexuality, as evidenced by the fact that these parents seemed to think that children playing with what's essentially a Beanie Baby vagina was "sexualization" of the kids rather than a simple introduction to anatomy. For the record: children should absolutely, one hundred percent, be protected against sexual abuse or being treated like sexual objects. But just because something relates to sex, that doesn't automatically mean it's somehow bad for children.

To say that information about sex is the same as sexualizing kids makes no sense at all. To act as though children playing with genitalia-shaped toys is the same as children being sexually abused is not only ridiculous but insulting to children who do suffer from abuse.

Learning about sex early might be the only way for kids to see sex as normal (and to be able to better identify any abuse they may experience) and avoid all the hang ups that those of us who learned the birds and the bees as preteens were subjected to. So with any luck, sex ed for kids will not only still be a thing in Switzerland but will become a thing elsewhere, and soon.