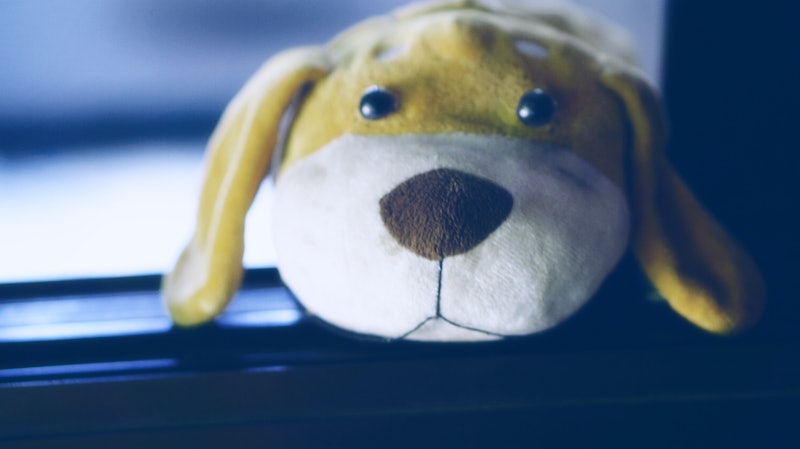 Did you ever play with Garbage Pail Kids when you were little? If so, you'll definitely appreciate the #SadToys trend taking over Twitter, where people are coming up with dark and twisted takes on the typical childhood toys that run the gamut from funny to disturbing to political. The whole thing started on the Comedy Central show Midnight which pits comedians against each other. In honor of the upcoming Lego movie, the show's #HashtagWars segment was dedicated to #SadToys, where contestants came up with ideas like "Slip 'n Slide into Oncoming Traffic" and "Amputee Twister."

But apparently the contestants weren't the only ones who wanted to have fun with this idea, and before we knew it, the hashtag was trending on Twitter. But because this is the Internet, a lot of it was decidedly not in good taste. Then again, neither was contestant Moshe Kasher's on-air "Tickle Me Woody Allen" suggestion – for which he actually got points, because Midnight wouldn't be Midnight if it had more social consciousness than your average frat house.

Lots of the suggestions, of course, managed to be funny and morbid without being actively offensive.

But, of course, some tweets crossed a line and went from funny to offensive faster than you can say "This is why we can't have nice things."

There's a fine line between making jokes about awful things and making fun of awful things. So maybe let's avoid the racism and making light of child abuse. But by all means, enjoy the rest of the #SadToys. And be glad you didn't ever have to play with them in real life.