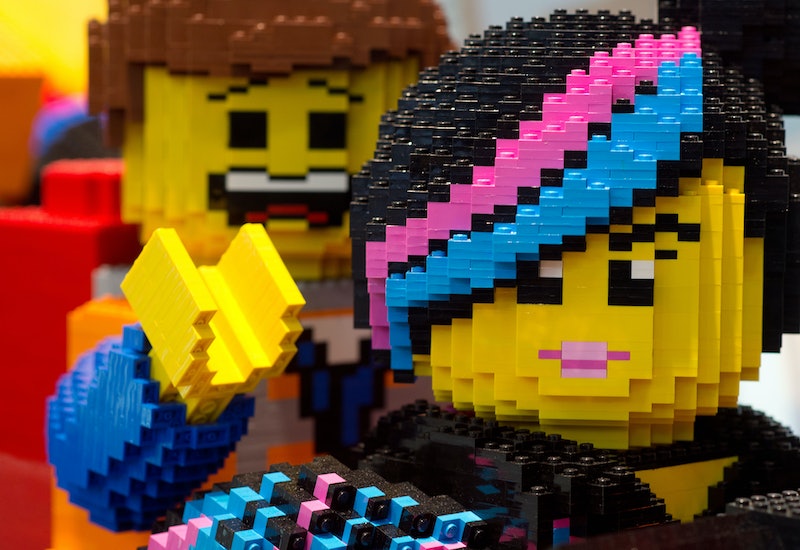 In January, an awesome seven-year-old girl named Charlotte wrote a letter to Lego complaining about the lack of female figures, and it went viral. Now, Lego might produce another female scientist minifigure (known as "minifigs").

“I don’t like that there are more Lego boy people and barely any Lego girls,” she wrote. She also complained that all the girls wore pink and engaged in traditionally feminine behavior. “All the girls did was sit at home, go to the beach, and shop," she wrote, while "the boys went on adventures, worked, saved people and had jobs, even swam with sharks."

The set can be seen on Lego's CUUSOO site, where fans show off their own custom kits. If sets get enough votes, Lego actually might produce them. User Alatariel explains:

Although recently LEGO® has started to design and add more female figures to their sets, they are still a minority. A small set of minifigures would provide a great opportunity to add women to our LEGO® town or city communities. I have designed some professional female minifigures that also show that girls can become anything they want, including a paleontologist or an astronomer. Being a geochemist myself the geologist and chemist figures are based on me.

Lego has yet to decide whether or not they will produce the set. When their decision is made, they will announce it on the CUUSOO blog. For now, let's keep our fingers crossed.