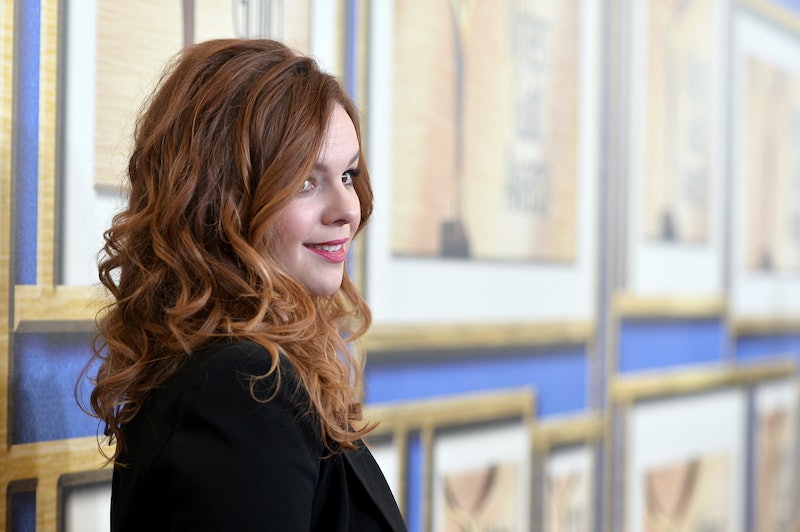 "Being a grown woman is damn fine," wrote artist Molly Crabapple, 30, in a recent Vice essay. I concur. In fact, most of the 30 to 32-year-old women I know are pretty well pleased with where they are in life. And where they are is all over the place — married and unmarried, with and without kids, living in cities and suburbs, finding new successes and setbacks professionally. Our crop of early 30-somethings is the first of the Millennial generation to get here. Greetings, younger Gen Y. Consider us your friendly guide to the other side of 29.

It's not that bad here, really. Not even bad at all — one might describe it as damn fine. I turned 30 in June of 2012 with relatively little fear or fanfare. The media continues to paint Gen Y as perpetually 22, but the truth is we are starting to get old, y'all. Millennials have been out of college (and on Facebook) for a decade. Some are on their second kid. Some are on their second marriage. Some are getting "senior" added to their title at work. Our early, amateur bloggers have gone establishment and then gone indie again. We have worked hard, been wrong, put in some time, made hard decisions, failed, succeeded, reprioritized, grown, changed, and become confident in ourselves. We are not kids. It's crazy. For a while we didn't believe it either.

But then something happened. For me and many of my friends, the "imposter syndrome" began to fade. We may not be totally immune now, but generally we no longer feel like we're constantly fooling someone with an elaborate charade of adulthood. However adulthood has manifested itself thus far — whether we're really good fathers, mothers, financial analysts, actors, engineers, cooks, partners, lawyers, leaders, air traffic controllers, artists, or whatever — we've begun to feel a little bit competent. Hell yeah, we are grownups.

There's something nice about not being remarkably young anymore. Turning 30 might have some weird cultural downsides for women, but that's the subject for other blog posts (Crabapple, Megan Greenwell, and Phoebe Maltz Bovy say all I could want to say anyway). So far, the other side of 30 feels like a really nice, interesting, advantageous, and less stressful place to be. A few more random benefits of leaving your 20s behind:

1. Look, you're not a phenom already, so that pressure's off your back.

2. You're less suspicious to older adults — at 30, people start to take you seriously as an adult too (they'll pretend to before, but it's always a bit forced).

3. People at the coffee shop will give you cups and assume they're for water, not wine ("No, they're for wine," we tell them, and they give us the cups anyway).

4. You're no longer exotically young to old pervs, which can seem a little bit sad in theory but is effectively quite nice.

5. Your older co-workers don't feel weird drinking with you.

6. You probably get along better with your parents.

7. People don't card you as much and in theory that is also sad but also really just less of a hassle.

8. You're more certain of want you want from relationships and sex.

9. You have learned from a few of your mistakes.

10. You have probably figured out how not to fight your hair.

For more 30s positivity, see photographer Corina Marie Howell's 30 Project . I interviewed Howell for Blisstree and it inspired me to create this Tumblr dedicated to portraits of celebrity and non-celebrity women at 30.