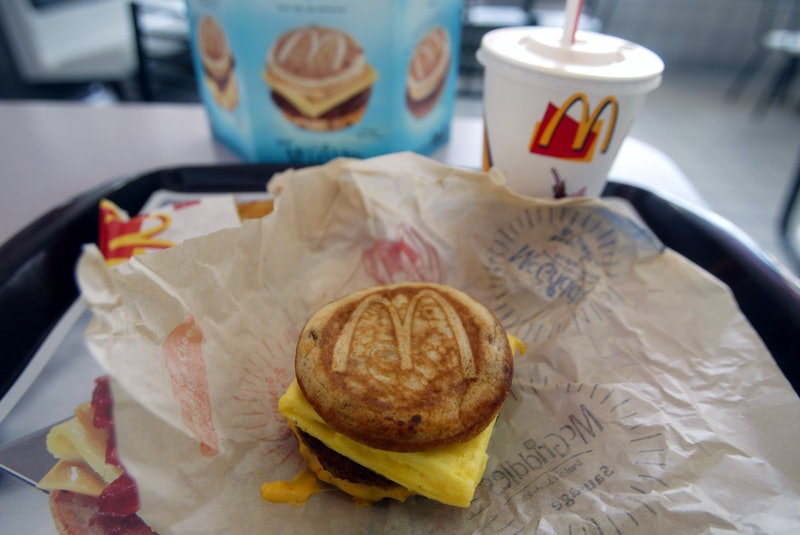 Like many people who made it through their 20s, I consider myself a tireless and intrepid researcher into the art and science of hangover cures. There was the greasy foods and Sunny D phase. The Pedialite phase. The copious amounts of fish oil phase. Each new piece of information I learned about hangover causes — it was dehydration! no, electrolyte imbalance! vitamin C deficiency! inflammation! — added to or sometimes completely changed my go-to hangover prevention and maintenance course.

A lot of the info was bullshit, passed down through hearsay and the drunks of a bygone era. When I started writing about and studying nutrition a few years ago, I starting learning for the first time which hangover remedies were actually likely to work. Some of this new knowledge has been exciting — for instance, coffee when you're hungover is totally okay. For most of my drinking life, I believed coffee was a dehydrant, therefore To Be Avoided when hungover. But a study published last month concluded that coffee doesn't dehydrate you after all.

But other science-based hangover logic is more disappointing. Take hangover head pain. This type of pain is a physical expression of inflammation, hence popular pain medications such as Advil and Aleve are all NSAIDs — non-steroidal anti-inflammatory drugs. Which makes sense, because alcohol triggers inflammation. It would seem the worst thing to do when feeling sore and achy, then, would be to eat pro-inflammatory foods. And it does not get much more pro-inflammatory than fried foods, simple carbs, and the other typical greasy breakfast fare so popular for hungover brunching. Alas.

Everything you normally eat when you're hungover is wrong, because science. Dammit. Thrillist recently rounded up six foods "you should absolutely not eat when hungover," and diner food and breakfast sandwiches topped the list. “[Greasy food is] the worst thing you could have,” said dietitian Andrea Chernus. "Alcohol is processed through the same metabolic pathways as fat, and so when your body is breaking down the alcohol, it’s kind of putting the fats to the side. Your body can’t handle them at the same time.”

So what should you eat and drink when hungover?