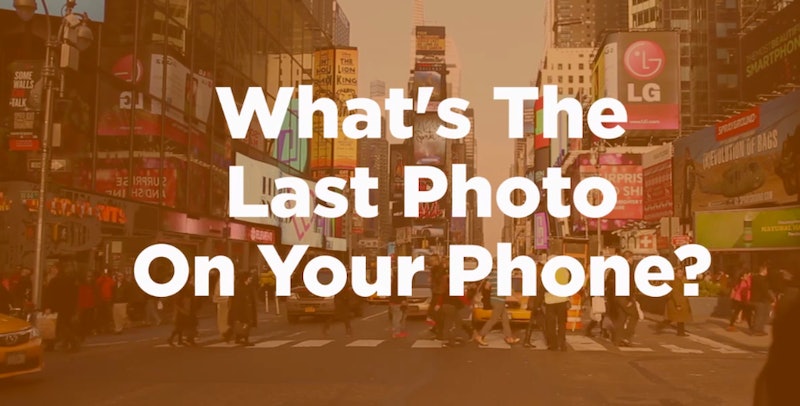 Has snapping photos on your phone become a mindless habit? For one artist, it's become an art project. In artist Ivan Cash's series "Last Photo," Cash traveled to New York City, Los Angeles, and San Francisco, interviewing random strangers and asking to see the last photo they have saved in their phone's camera roll.

Cash said in an interview that the project serves to highlight the ordinary in our lives, as social media and advertisements aim to inundate us with images of perfection.

In his most recent video featuring residents of New York City, Cash talks to an animated man who describes his night with his girlfriend and shows off a photo of him pouring a tall glass of cucumber water. The man follows up his explanation with, "You gotta live your life on the weekends, man." He speaks the truth. Another man boasted his collection of more than 200 photos of just clouds.

The video continues with a woman who took a screen shot of her life in a variety of emojis and another woman who photographed her newly inked tattoo of a Japanese koi fish to represent her "overcoming her struggles."

Cash hopes to continue his project in Detroit, New Orleans, Dallas, Nashville, and Birmingham. Who know's, he could be heading to a city near you!