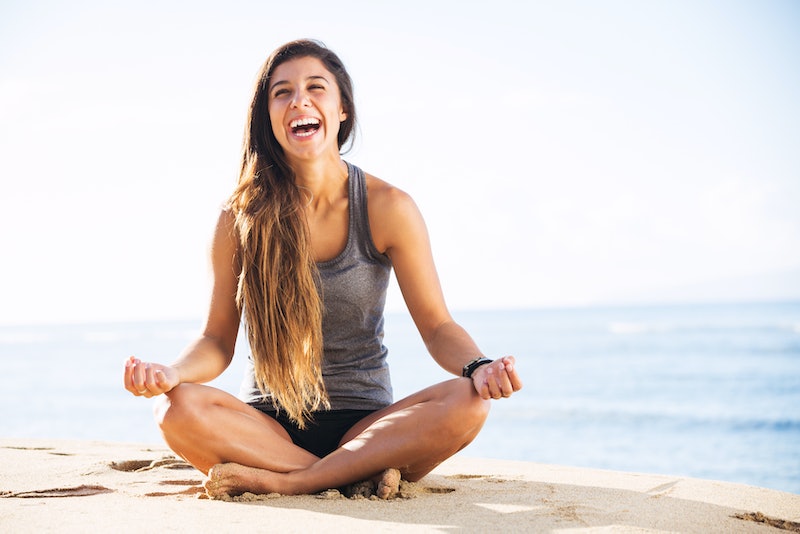 For much of my life I focused on what I didn’t have, wasn’t doing, or could be doing. Much of my time was spent trying to find ways to better myself, because that’s what I felt I needed to be, better. Better in school, better at athletics, better in social situations, better at my appearance. What I didn’t realize until a couple of years ago was that all this “bettering” I was trying to do was actually making me feel worse and worse about who I was. Always thinking there was something wrong gave me very little room to acknowledge or own anything I did well.

A key step towards liking yourself is acknowledging and embracing your strengths. It’s difficult and takes courage, because some of us may not see the amazingness within us, and for those of us who do recognize our positive traits, it’s hard to let them shine like we should. So see the following as a wake-up call. It's time to stop minimizing your talents and use them to your advantage.

Before you can start to feel better about yourself, you first have to trust that you have good qualities, which means you might have to stop believing certain ideas you’ve had about yourself. Embracing your strengths is next to impossible if at your core you disown parts of yourself.

Sounds difficult, right? But, what if I told you that what you think about yourself could possibly be the influence of your parents, the media, your friends, and other outside stimuli. Maybe you are really good at finances, but have been told all your life you’re bad with money, or it’s possible you can play a musical instrument, even though your friends made fun of you in high school for it.

The term "false self" was introduced by pediatrician and psychoanalyst Donald Woods Winnicott. It's the idea that we learn from a very young age to act according to others' expectations, which means we override our true wants and sense of self. Winnicott thought that the false self began to develop in infancy.

In other words, lots of what we think about ourselves is learned. And because it’s learned, we can retrain our brain to see beyond the false self we have created.

Think of all your old stories. How have you made yourself smaller in your life?

When we start telling ourselves a new story, we can throw the old one away. So instead of repeating the same tales of lack, seeing ourselves through tainted eyes, we want to start writing new stories of self-acceptance.

Think of all your old stories. How have you made yourself smaller in your life? Have you avoided certain professions because you were taught they were better suited for someone else? Have you been taught not to compete with others, because it’s not ladylike? Have you learned to get what you want by playing down what you know you’re good at? By seeing the stories on the page, you can begin to recognize when you start telling them to yourself during the day.

When you see the old story come up, and start feeling the emotions of lack and negative self-talk, don’t fight or resist it, simply change the context of the narrative. If you’re telling yourself you can’t do something, tell yourself you can. When you notice yourself judging yourself, stop, think of yourself like you would a friend, and say something compassionate instead.

Tip: Affirmations are a wonderful way to flip the script. Keep a couple memorized so you can quickly combat a negative story with an affirming statement.

Think of this scenario: Your boss turns back an article you’ve written and says, “I was really inspired by your work. You’re very creative.” Do you immediately pass it off and say something along the lines of, “I thought I could do better, I think I mixed up my point here and there”? This kind of reaction is exactly how we make ourselves feel less than who we are.

By denying your smarts, creativity, leadership qualities, or listening skills, you’re denying who you are. You're trivializing yourself.

We disown our positive traits for many reasons. Maybe it’s so we don’t seem egotistical or threatening to others, or to accommodate someone else. It could be we’re scared of the responsibility that comes with what we’re capable of, because it’s new, not something we’re used to. But, “When we deny and slash away pieces of who we are,” Nathaniel Branden writes in his book A Woman’s Self-Esteem, “ … the result is a wounded and impoverished sense of self.”

By denying your smarts, creativity, leadership qualities, or listening skills, you’re denying who you are. You're trivializing yourself.

To be fully who you are, you have to be honest about your strengths. So spend some time thinking about what your positive traits are, and the next time you’re complimented, don’t play it down, say thank you.

- If I were 5 percent more accepting of my intelligence ….

- If I were 5 percent more accepting of my sexuality …

- If I were 5 percent more accepting of my excitement …

If I’m sitting around a table and everyone is talking about himself or herself in a negative way, it's easy to join in the self-deprecation party. "Yeah, I hate when I do that, too," will come out of my mouth, or, "Yeah, I really shouldn’t be eating this either, take it away from me." Surrounding myself with people who see themselves negatively perpetuates my own negative self-talk.

Being around women who embrace their worth gives us living models to learn from. It also shows us that it's not selfish to share our strengths.

Finding friendships and communities where people celebrate their strengths and who they are makes it easier to relax into a space of self-acceptance. It’s empowering to be with a group of women who own their strengths instead of apologizing for them and live authentically within them. Being around women who embrace their worth gives us living models to learn from. It also shows us that it's not selfish to share our strengths. It's very human to want to celebrate all parts of who we are.

Positive psychologist Robert Biswas-Diener wrote at Psychology Today, "The happiest people are the ones who are present when things go right for others — and whose own wins are regularly celebrated by their friends as well. Support for this idea comes from psychologist Shelly Gable, of the University of California, Santa Barbara, and her colleagues, whose research revealed that when romantic partners fail to make a big deal out of each other's success, the couple is more likely to break up. On the flip side, when partners celebrate each other's accomplishments, they're more likely to be satisfied and committed to their relationship, enjoying greater love and happiness."

I’ve found that celebratory communities exist when you get out into the world and do something you love to do. If you’re interested in photography and you enroll in a photography class, chances are you’re going to meet people who are looking for the same boost in spirit as you.

I’ve been taking a financial planning course, and what I love about it is that it is a holistic course, so we talk about the psychology around money, our money monsters and the like. But what I love most about this class is that there is actually time set aside to brag. I know that bragging has a negative connotation, but for those of us who never do it, it’s actually a really liberating experience.

We sit around in a group and each person says something that they’re proud of themselves for, or what they considered a victory for themselves during the week. Then we all clap.

What has putting yourself down and hiding who you are ever gotten you? Likely, a lot of pain, anxiety, and confusion.

In her article on Psychology Today, Ph.D. Susan Krauss Whitbourne, a Professor of Psychology at the University of Massachusetts Amherst, writes "... because our feelings of self-esteem and self-confidence rest on being able to take pride in our achievements, it’s not only okay, but healthy, to brag about yourself to yourself. Giving yourself a mental pat on the back for a job well done can help boost your feelings of self-efficacy, prepare you for future successes, and even avoid the experience of depression."

If you don't have a formal setting for doing this, consider sharing a win you've had or accolade you've received the next time you're at dinner with a group you trust or even when you're having some one-on-one time with your best friend. It’s a great way to share your strengths and pat yourself on the back for your accomplishments. If it feels too uncomfortable to do this with other people, brag to yourself in the mirror — it feels great! The point is that we all deserve to savor our victories and share our excitement.

Embracing our strengths is difficult to do because for most of us, especially women, we’ve been taught to play small. But what has putting yourself down and hiding who you are ever gotten you? Likely, a lot of pain, anxiety, and confusion. By staying small we complicate our lives, because the box we’re trying to squeeze ourselves into is way too little for everything we are and have to give and achieve. The techniques above may feel uncomfortable at first, but the more you practice the more natural they’ll become.

More like this
The 19 Best Tweets & Memes About Bisexual Awareness Week
By Lexi Inks
3 Zodiac Signs Most Likely To Be The Center Of Attention
By Nina Kahn
10 Ways To Be More Empathetic To Your Partner
By Raven Ishak and Lexi Inks
Think Your Partner Is Cheating? These Tarot Cards May Confirm Your Suspicions
By Kristine Fellizar
Get Even More From Bustle — Sign Up For The Newsletter