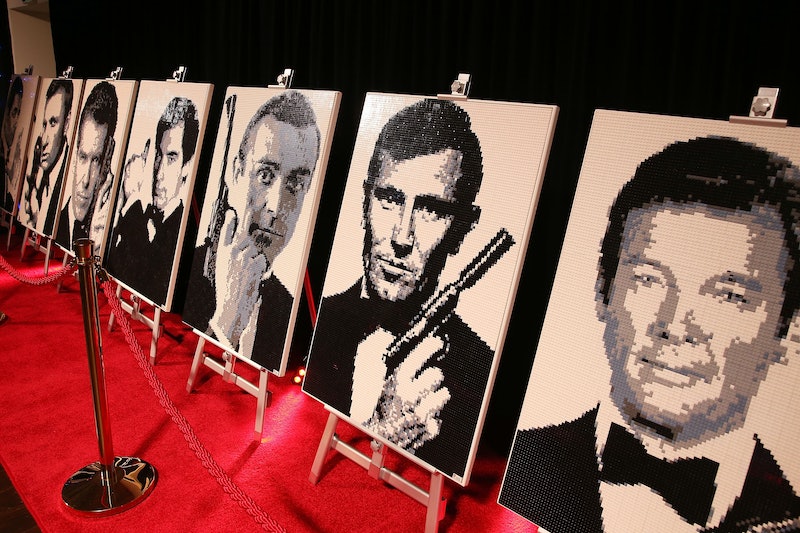 Ever watched an old spy movie and gotten to the part where the hero is outfitted with these ultimate, super-cool, impossible gadgets, and found yourself thinking, "Yeah, my phone does all that stuff." Well, now phones might be on their way to taking yet another page out of the spy gadget playbook: IBM is currently developing a self-destructing smartphone for the U.S. military. So we are all of that much closer to being super spies. (Puts on super-sexy spy sunglasses).

The phones are still in development, and probably won't be available commercially for a long, long time regardless, but still, self-destructing smart phones are happening. The research arm of the U.S. military, Defense Advanced Research Projects Agency (DARPA) has awarded IBM a $3.4 million contract to develop technology that "when triggered, [can] degrade partially or completely into their surroundings." So far the idea seems to be that phones will be made of special materials and outfitted with one or more fuses that can shatter the phone and reduce the silicon chip to powder. Which is just So. Freaking. Cool.

The "Vanishing Programmable Resources" program is only just getting started, but here's hoping all goes well. Even if we lowly consumers have to wait years and years and years before we can buy our own self-destructing tech and run around pretending to be a James Bond/Michael Weston hybrid, the immediate benefit to the military would be obvious. Soldiers in every branch of the armed forces and of every rank all use radios, remote sensors, phones, and other technology, and DARPA says that "it is almost impossible to track and recover every device."

"At the end of operations," they report, "these electronics are often found scattered across the battlefield and might be captured by the enemy and repurposed or studied to compromise DoD's strategic technological advantage." Which would be way less of a problem if commanding officers could just send a radio signal to detonate the lost devices, as opposed to potentially allowing secret information to fall into the wrong hands.

Which really is wonderful and all of that, because I'm always in favor of ways of protecting homeland security that involve not trampling all over everyone's civil rights (looking at you NSA). But we all know that secretly we all just want to press a button on our phones and here a sexy computer voice say, "This phone will self-destruct in 10 seconds."

More like this
5 Ways To Help People Impacted By Hurricane Ian In Cuba & Florida
By Emma Carey
The Real Reason Your Instagram Story Viewers Show Up In That Order
By Emma Carey
How To Turn Off Night Mode On Your iPhone Camera
By Emma Carey
Behind The Hilarity Of The "POV: You Walk Into My Room" TikTok Trend
By Lexi Inks
Get Even More From Bustle — Sign Up For The Newsletter