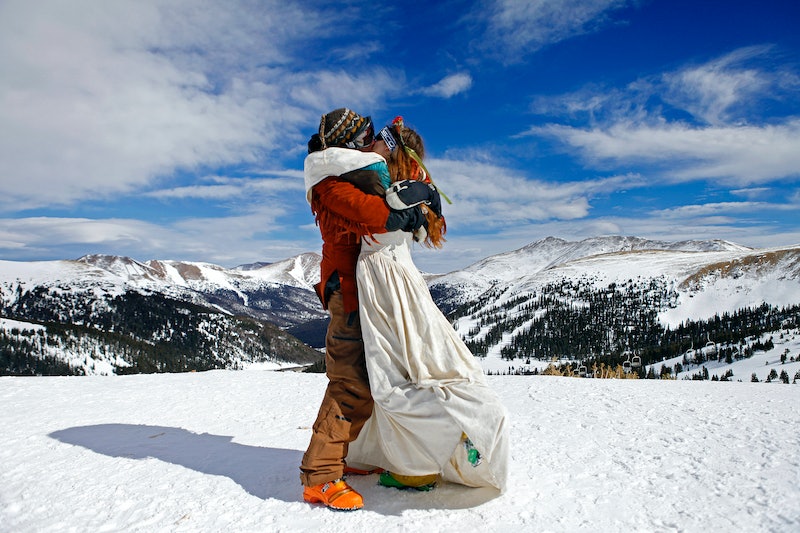 Can what goes into a happy relationship be quantified? According to science, it can indeed — and there's an infographic to prove it. Just in time for Valentine’s Day, happiness training app Happify has put together a handy-dandy infographic illustrating what scientists know about the people in happy relationships. Some of the results are to be expected — happy couples spend more time talking with each other, shared laughter leads to more satisfied relationships, and so on — while others are a little more surprising. Not scare off anyone who was planning on having kids, for example, but apparently there’s a big drop in marital satisfaction after the birth of baby number one. Not only that, but married couples are unhappiest when their kids are in preschool — although there’s a big boost in marital happiness after the youngest child flies the coop. So, if you don't want kids, make sure you stay on top of your birth control, because scientists have also found that more sex equals more happiness. In fact, having sex once a week makes people 44 percent more likely to have positive feelings, and the happiest couples go at it two or three times a week. Score.

The biggest takeaway? Happy relationships aren’t dependent on general compatibility. The way couples interact, from how they fight to whether or not they engage in new activities together, determines how satisfying the relationship is. Food for thought!

Check out the full infographic here: