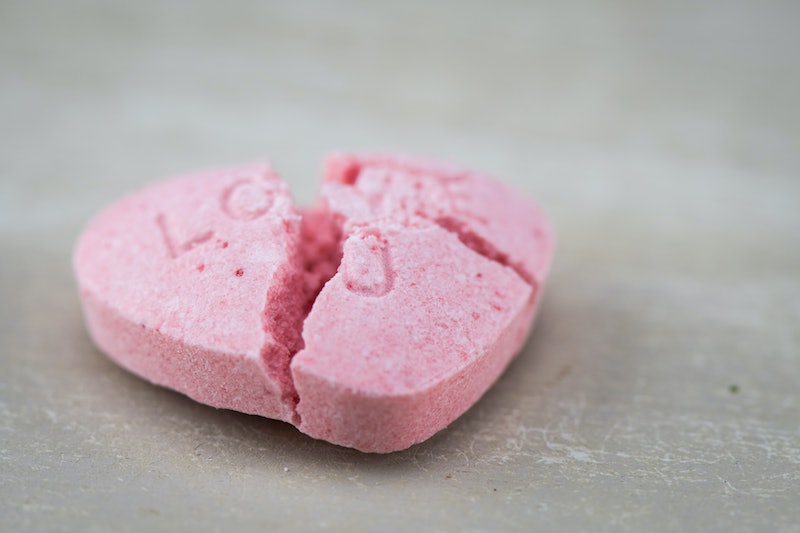 With Valentine’s Day fast approaching, credit card comparison website CreditDonkey has taken it on themselves to champion for the lovelorn; as such, they’ve conducted a study to determine which cities suffer from the largest amount of heartbreak in the country. Is it the most scientific of studies? No, but it’s still kind of hilarious in a gallows humor kind of way. We may be suffering, but at least we can suffer together, right?

CreditDonkey took into account four pieces of criteria. First, because, as the site notes, “nothing says heartbreak like a broken marriage,” they examined how long marriages tend to last in every state (according to U.S. Census data, the national average is about 19.4 years). Next, they went to the most recent Economic Census data to see how many dating services were in operation and where they were located. Third, they took a look at how badly 152 cities ranked on the Gallup-Healthways Well-Being Index, giving them a gauge on the emotional health, physical health, and healthy behavior of 1,000 adults around the country. Lastly, they considered one of the worst reasons for any breakup — cheating — and one of the worst ways to find out about it — the sudden development of an STI. Using data gathered by the Centers for Disease Control and Prevention in 2012, they determined that about 121 people out of every 100,000 people can be expected to have gonorrhea.

According to this somewhat dubious method of evaluation, San Diego came in at number 10: The average duration of marriages measured in at 18 years, the number of dating services came out to 7, it scored 56 on the Gallup Well-Being Index, and the cases of gonorrhea per 100,000 people averaged out to about 83.4. But at least that’s not quite as bad as, say, the city that earned the number three spot on the list, good ol' New York City. With the average marriage duration being 21.9 years (hey, not bad), a total of 28 dating services, a Gallup Well-Being Index rank of 100, and some 110 cases of gonorrhea per 100,000, those of us who live in the Big Apple apparently have it a lot worse.

For the curious, here’s the full list of the top 10 most heartbroken cities in the U.S.:

More like this
You Can Stay At The 'Hocus Pocus' House On Airbnb
By Alexis Morillo
Craving The Beach? Here's Your Guide To A Solo Vacation In Turks & Caicos
By Alexis Morillo
It's A Pleasure #53: Help! My Boyfriend Won't Tell Me Why He Stopped Going Down On Me
By Sophia Benoit
The 5 Best Laptop Power Banks
By Vanessa Spilios
Get Even More From Bustle — Sign Up For The Newsletter