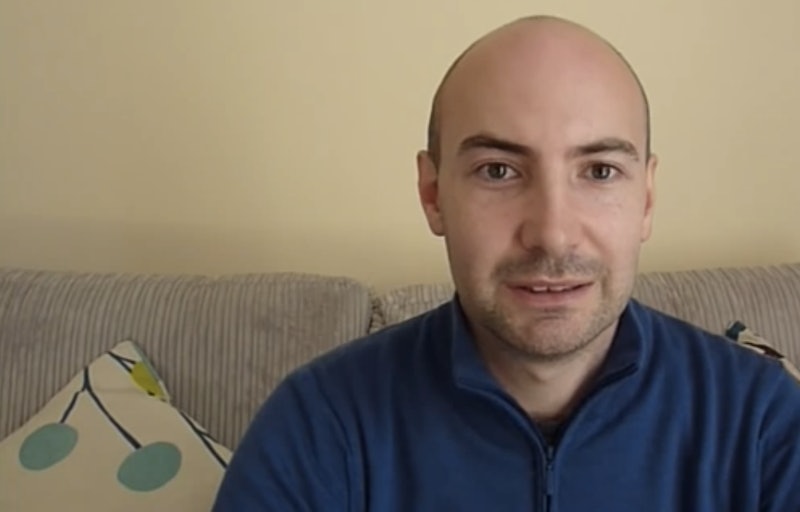 How would you like it if your body could produce its own alcohol? Like, if your intestines just manufactured their own liquor? Sounds awesome and potentially money saving, right? Well, it turns out it's not all it's cracked up to be. Auto-brewery syndrome, a disorder wherein a person's digestive system ferments yeast into alcohol, may sound like a lot of fun but it also means feeling hungover pretty much all the time. Ick. I get enough of that as it is.

Matthew Hogg, who told VICE about how he has suffered from auto-brewery syndrome (also known as gut-fermentation syndrome) for over two decades, says the disease completely altered the course of his life. At 16, he went from being a straight-A student to being unable to focus in class or make his brain work the way he wanted it to. "I felt frightened," he told VICE, "not knowing what was happening to me, as well as frustrated and angry that I was unable to function at the high level I was used to." (Side note: this is why you don't spike the punch without telling people or secretly give them special brownies. Having your brain go wonky without knowing why is very not fun.)

Hogg managed to keep his grades up enough to get into college, but he eventually dropped out after two semesters, unable to continue his studies in the midst of a perpetual hangover. He went on disability, based not on auto-brewery syndrome since it's rare enough not to be federally recognized, but due to a cocktail of other problems that came as side effects such as chronic fatigue, depression, and anxiety. He eventually found a way to support himself by starting the Environmental Illness Resource, a website he continues to run that provides information about poorly understood chronic illnesses. (So if your doctors are stumped by any of your long-term maladies, it might be worth taking a peek.)

Today, Hogg's worked out a diet that keeps his symptoms to a minimum and seems to be in a good place in his life, but he still struggles to support himself and gets a lot of help from his steady girl friend and his family.

To other people suffering from this disease he says, "I would like to let [people] who think they might have auto-brewery syndrome know that there are effective treatments out there, especially if the condition is recognized early ... I hope my story helps people recognize this condition in themselves or their loved ones, and that they seek help and advice as soon as possible."

So there you have it. Constantly imbibing alcohol really will mess up your whole life. Who knew? (Shut up, Mom.) Read the whole interview here.

More like this
The 9 Best Exercises For Piriformis Syndrome Relief
By Carolyn Steber
Got Brain Fog? Here Are The Best Supplements For Memory & Cognition
By Carolyn Steber
This Psychological Effect Might Be Keeping You From Hitting Your Goals
By Lexi Inks
The 5 Best SLS-Free Toothpastes, According To Dentists
By Amy Biggart and Danielle Calma
Get Even More From Bustle — Sign Up For The Newsletter