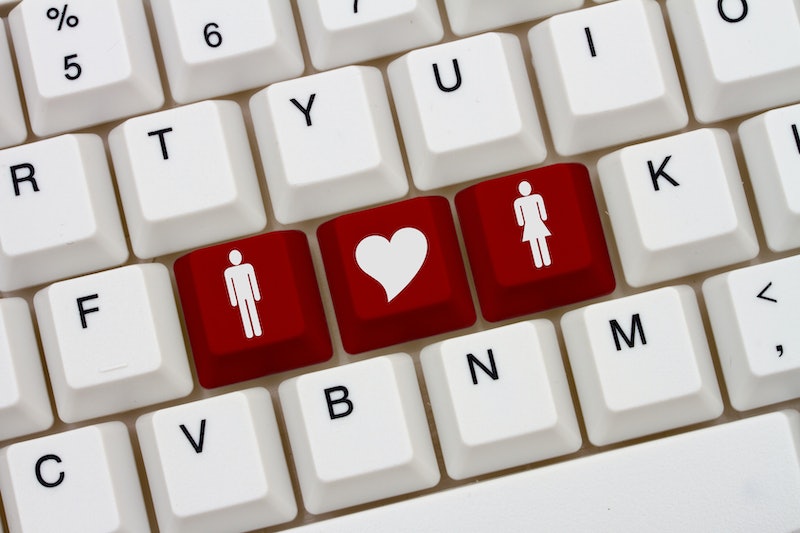 When Britney said she was not a girl, not yet a woman, she might as well have been referring to her online dating profile. Working with data scientists from OKCupid and Match.com, Wired created a set of eye-catching graphs that explain what the sexiest online dating profile looks like. You've heard a million times you shouldn't use annoying shorthand (C U L8ER, lazy typer) or talk about your cats (but talking about cats in the abstract is great, because the Internet). But Wired also came up with this pretty depressing fact: It's 28 percent better for men to refer to females as "women", while it's 16 percent better for females to refer to themselves as "girls."

"The data says, in a fairly straightforward way, that it’s culturally preferable when a woman—at least linguistically—demeans herself."

Why? Well, apparently, calling ourselves "girls" makes us seem all sugar and spice and all that crap. Or, as Wired puts it, “It pays to be ... approachable.” The Atlantic says "The data says, in a fairly straightforward way, that it’s culturally preferable when a woman—at least linguistically—demeans herself," but then offers a little optimism:

That said, from these two data points, we can’t know if the people who call women women are the same ones who prefer when women call themselvesgirls. There could be a respectful cohort of straight men and gay women out there, always saying the w-word, a separate if smaller group from the people who prefer girl. There’s also a whole world of relationships that Wired doesn’t account for—you can only be a man or a woman, heterosexual or homosexual—and that may be clouding this tiny result.

Regardless, it's not cool to try and pass all sweet and innocent like this. People will only learn to refer to us as grown-ups when we start calling ourselves the strong thing, so we all need to put our Britney angst away and live up to our "woman" label. Because who knows what might happen if this "girl" thing goes on — next thing you know, everyone will be referring to us as ladies.

More like this
How To Politely Reject Someone Who Keeps Asking You Out
By Laken Howard and Lexi Inks
10 Ways To Be More Empathetic To Your Partner
By Raven Ishak and Lexi Inks
Think Your Partner Is Cheating? These Tarot Cards May Confirm Your Suspicions
By Kristine Fellizar
Wanna Try Hinge's New Video Prompt Feature? Here Are 7 Tips
By Lexi Inks
Get Even More From Bustle — Sign Up For The Newsletter