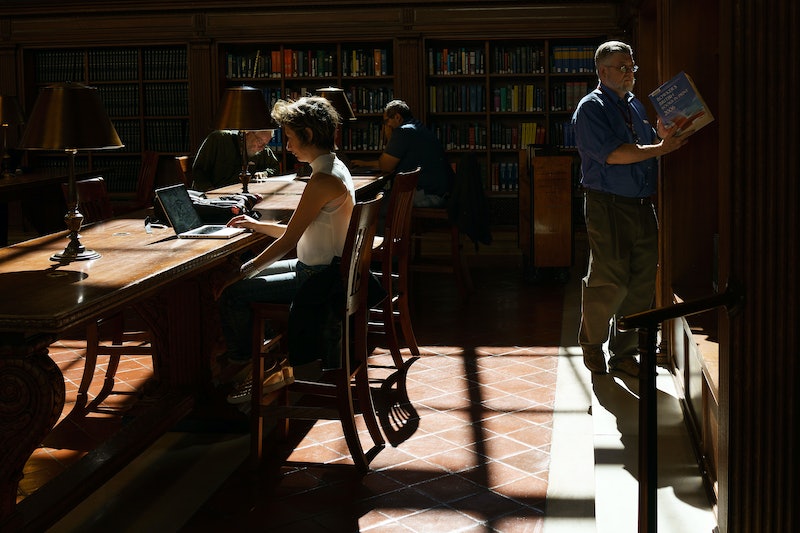 In some ways this data is unsurprising. Women are more likely to graduate from college after all, so it stands to reason they're more likely to be the ones with more education once they get married. But it still signals an interesting shift in American society, one where women are seen more and more as equals to their spouse. And it seems that, at least as far as education are concerned, women are just going to keep widening this new gap. Looking at the trends for the past fifty years, the trend of more educated wives has been steadily rising for quite some time now, while more educated husbands have been growing less and less common since the 1990s. It's hard to imagine both suddenly leveling off or reversing their course.

And this shift could have all sorts of implications. For instance, even though a gender wage gap still persists, people who receive more education are by and large better paid. More and more, women are becoming their family's primary wage earners, and this upward trend could continue, which could mean some big things for the American family – or more specifically, for how we perceive the American family. Actual families are probably just going to keep on keeping on. But as changes continue regarding which spouse tends to be more educated or make the most money, the idea of men as the head of the household might also be on its way out as well.

And all we can say is, it's about time. Families shouldn't be a hierarchy and couples shouldn't be have power differentials. Spouses should be partners above all else, no matter what differences they may have in income, education, or whatever else. So while it's pretty awesome that women are turning some trend on their heads, the coolest thing of all will be if it makes for more equality and fewer patriarchal stereotypes.