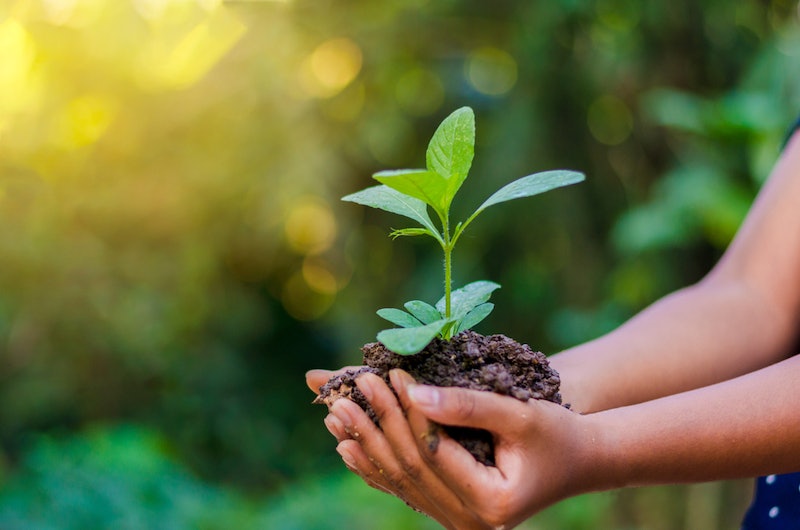 Earth Day got its start back in 1970, and since then, has been celebrated all over the globe. When we think of Earth Day, we probably think of trees, outside gatherings, and appreciating the nature around us — but what is Earth Day, really? And how did it get its start?

Well, the idea all started with a woman and a book — Silent Spring by Rachel Carson, to be exact. Carson wrote her story in 1962, and it went on to sell over 500,000 copies. In it, she discussed how harmful pesticides and toxic chemicals were both on land and sea, and made many aware of the damage they were, unknowingly, doing to their own environment. Obviously it was quite controversial to those in these industries, who ruthlessly attacked Carson and her writing. But anger aside, it still made a difference, ending up in the hands of President John F. Kennedy, who issued a thorough investigation on Carson's claims, wanting to see for himself if pesticides were truly making things much worse for the environment. It turns out, Carson was right.

Carson unfortunately passed away before truly seeing the changes that her book brought. For one, hydrocarbon DDT, often used as an insecticide, was banned from use. Second, people started paying attention to the environment, and became aware of how to make healthy changes from then on.

While Carson had an impact, the official founder of Earth Day is Gaylord Nelson, who was inspired by witnessing an oil spill in 1969. As a Wisconsin U.S. Senator, he tried to use the experience to educate children, proposing for a "national teach-in" day that'd fall between the times that schools were on spring break, and were administering their final exams — April 22 was the winner. The first official Earth Day, in 1970, was huge — students took to the streets and protested against sewage, power plants, and toxic substances that were ruining Earth's sustainability.

By the time the 1990s hit, Earth Day had gone global. There was a big push to start recycling, to help prevent waste, and even networks like Nickelodeon were getting into the action. Remember "The Big Help," where kids around America pledged time to help make their environments a little better? The day was updated in 2008 to "The Big Green Help," which still had a focus on reusing and recycling trash. "The Big Green Help" premiered on April 22 the next year, in honor of Earth Day.

Those of you who celebrated Earth Day in elementary school might have been given a small tree to plant, which is often an Earth Day tradition. This act is still done today, as trees help save soil, and of course, give out much-needed oxygen. One notable organization is Save Maumee, located in Fort Wayne, Indiana. It celebrated last year, on April 17 by gathering over 250 eager volunteers to plant 380 small trees around the Maumee riverbank. Its goal is to plant over 1,390 trees annually, in hopes of preserving the ecosystem of the Upper Maumee River.

Other organizations, such as The Canopy Project, are geared towards planting trees globally, especially in countries that have lost a lot of trees due to unpredictable, harsh weather. The Canopy Project's goal is to plant 7.8 billion trees by the end of this year, and accepts support in its mission online. Those willing to help can choose to donate money, donate time, or simply spread the word through social media.

In honor of Earth Day, consider planting some trees — and think about how far we've come by gaining awareness of environmental issues. Taking part will definitely help make a difference.

More like this
21 Galentine’s Day Memes To Celebrate Your Best Friends
By Meghan Bassett and Mia Mercado
8 Things You Can Do To Appreciate Lunar New Year
By Elizabeth Tsung
25 Galentine's Day Games To Play On Zoom With Your Long-Distance Besties
By Mia Mercado
Dunkin’s Valentine’s Day Lineup Includes A Drink That Tastes Like Dessert
By Alexis Morillo
Get Even More From Bustle — Sign Up For The Newsletter
From hair trends to relationship advice, our daily newsletter has everything you need to sound like a person who’s on TikTok, even if you aren’t.

This article was originally published on April 19, 2016