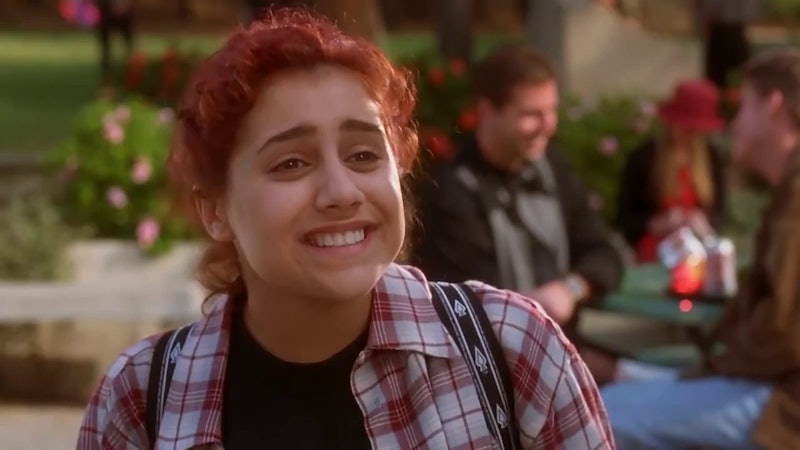 Many of our parents and teachers told us that when we entered puberty, we would experience some changes. I was prepared for the body hair and the idea that I might feel compelled to have sexual intercourse, but I wasn’t prepared for the personal hygiene mistakes I would make. Of course, most parents or schools inform young people of the main stuff, like what happens when you start menstruating and how to wear a sanitary towel. However, the normal, everyday struggles of adjusting to adult hygiene don't seem to get as much airtime.

In my experience — which may have been affected by living in the UK and attending a Catholic school — the nitty gritty of personal hygiene seemed to be glossed over. Perhaps I nodded off during health class, or, more realistically, froze up with embarrassment. Maybe my teachers forgot about their own transitions into adulthood, so they didn’t go through everything with a fine-toothed comb.

Whatever the reason, I’m sure I’m not alone in proclaiming that there were certain things I was not prepared for when adulthood hit. I don't know about you, but my day-to-day life felt like a slapstick comedy for a while, where I was the unlucky gal who was bumbling her way through adolescence with toilet paper stuck to her shoe. So here’s a selection of personal hygiene struggles we all likely faced while metamorphosing into fully-fledged grown-ups.

Baths were no longer just for making bubble beards; they were a necessity. If you didn't take a regular bath or shower, you probably started to feel like a total grease ball. There were days when you could have given Ghostbusters' Slimer a run for his money in the gunk stakes.

It was ironic, because shortly before puberty rocked your world, your mom used to nag you to take more showers. But during puberty, she was the one nagging you about your water usage after your third one of the day.

2. Sweating Profusely With Little To No Exertion

Stressful day ahead? You expected to sweat. A ray of sunshine peeking out from behind the clouds? You were going to glisten in perspiration. Walking down the hall to your next class? You were prepared to glow. A case of the sweats was always on the cards during your time of change.

3. Wondering Where That Weird Smell Was Coming From & Realizing It Was You

Every so often, you'd get a whiff of an odd scent that was sweet and sour — but not in a good way. It smelled like rancid milk. You realized that no matter where you went, this odor was following you. Until you understood that the smell was you. Depending on where you were at the time, you might have either hopped in the shower, changed your outfit, or kept your armpits clamped tight to your torso.

4. Trying To Disguise The Scent Of Your Smelly Gym Sneakers

A pair of smelly sneakers has to be among the worst aromas out there — along with fresh vomit and the depths of a trash can. As soon as gym class was over, you would rip your sneakers off your feet at lightening speed and attempt to shove your smelly kicks deep into your backpack. Hopefully the smell wasn't strong enough to waft through your bag, but you had to be super careful when opening the zipper.

If all else failed, you'd have to spray your dad's aftershave in your sneaks to try to counteract the smell. Goodness knows why you didn't just ask your mom to wash them for you.

5. Feeling Embarrassed To Ask Your Friend To Use Their Shower After A Sleepover

Girls were meant to be made of sugar, spice, and everything nice, right? At least that's what The Powerpuff Girls taught us. They weren't meant to have body odor or messy periods, so they should easily be able to go one day without a shower. You'd rather be a bit gross than ask your friend to use theirs, especially if nobody else was bathing.

6. Not Knowing The Difference Between Body Spray & Deodorant

Growing up, I legitimately didn't know the difference between body spray and deodorant. I got a rude awakening one day backstage at a dance recital, when a fellow dancer saw me spritzing body spray under my pits. After her polite explanation, I felt mortified.

Want more beauty tips? Check out the playlist below, and be sure to subscribe to Bustle’s YouTube page for more hacks and tricks!

7. Sporting The World’s Largest Sweat Patches On A Daily Basis

Since sweating was something we were forced to get used to, you'd think sweat patches would be a delightful added bonus that we'd come to manage. However, aside from body odor, sweat patches were probably the worst part of excessive perspiration, because everyone could clearly see how much you were melting, including your hot lab partner.

If you had to wear a uniform for school, you were basically screwed. Nothing reveals sweat patches more vividly than a white shirt.

Among all the sweating, trying to cover the sweating, and having a favorite trendy outfit that you had to wear to every social event, your clothes probably felt like they constantly needed washing. You'd be wearing something cute for what felt like half an hour, when you'd all of a sudden feel like a slimy snail and you'd have to throw it in the laundry.

If you'd never done laundry before, you likely had to rely on your mom to wash your clothes, which meant that you'd be stuck wearing outfits that you'd grown to loathe — even if you'd only had them for a month. Such is the fickle mind of a teenager.

9. Being Forced To Use Blotting Papers Or Flaunt A Shiny Forehead

Chances are you never left the house without your beauty blotting papers. How else were you going to eliminate sheen and shine from your glowing brow? They came in handy after gym class, especially if you didn't have time to hit the showers.

10. Being Informed To Leave Your Zits Alone, But Being Addicted To Popping Them Anyway

There was so much conflicting information out there on the topic of popping pimples. Some folks said to put toothpaste on them and leave them be overnight, while others informed us that it was OK to pop your spots with clean hands.

Back in the confusing time of adolescence, one of the most important things to many of us was our appearance. So anytime a big, puss-filled zit reared its ugly head, you might have been tempted to banish it immediately. Plus, it felt sooo good to blast your pimple into oblivion.

11. Using So Much Perfume That You Smelled Like You Bathed In Thierry Mugler's "Angel"

Considering we spent much of our time perspiring, we'd usually try to overcompensate by excessively washing and applying scents. The trouble is that after a while of spraying ourselves until we found it difficult to breathe, it was easy to become nose blind. We'd wear so much sickly sweet perfume that people would gag when we passed them by.

There's a reason that Clueless acquired its name: Aside from being a coming of age tale based on Jane Austen's Emma, it epitomizes the human experience of muddling through adolescence and adjusting to all things adulthood. So don't worry about the past: Just look forward to a future filled with knowledge of appropriate personal hygiene methods.

More like this
The Chicest ’90s Updo Hairstyles To Try
By Paris Giles
Isa Guha Is Taking The Lead
By Charlie Mock
12 Nostalgic ’90s Beauty Products That Bring Back All The Feels
By Tyler Atwood and Paris Giles
15 Talc-Free Makeup Brands For Safer Eyeshadows, Powders, & More
By Audrey Noble
Get Even More From Bustle — Sign Up For The Newsletter