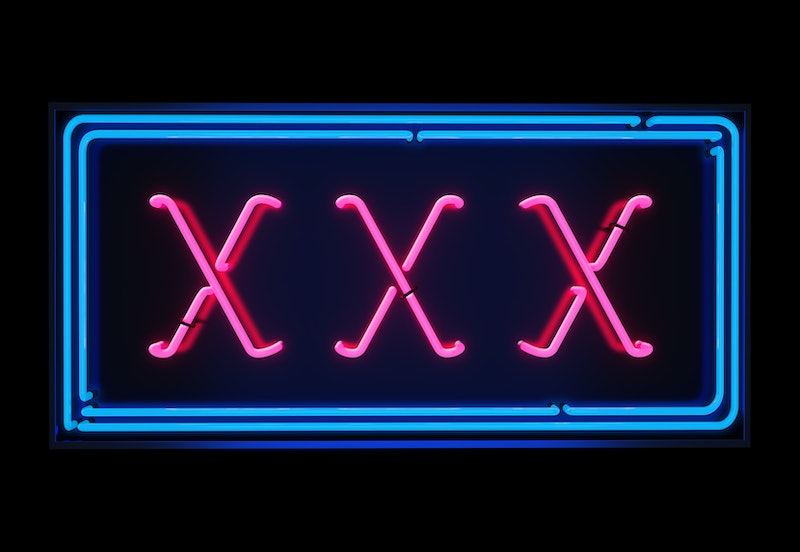 Prestigious, private universities like Duke can cost in the neighborhood of $60,000 for tuition and room and board, and paying for it can be a nightmare. Students work multiple jobs, take out loans, and often start their careers — in an economy where it’s tough to find any jobs, let alone the ones you trained for — heavily in debt. Meanwhile, consider that adult film industry talent agent Mark Spiegler told Business Insider in 2012 that female performers typically make $800 for girl-girl scenes and $1,000 for guy-girl scenes, with the figures rising depending on the act performed. If a female performer films one heterosexual scene a day for one week every month, her annual income is $84,000.

Lauren had worked as a waitress in high school — and as anyone who has ever worked in the service industry will tell you, it’s a hard gig. “Not only did it interfere with my school where I was barely sleeping and wasn’t doing my work, but I was also making $400 a month after taxes. I felt like I was being degraded and treated like s—t,” she says. “My boss was horrible to me.”

More like this
Black Women's Equal Pay Day Highlights An Upsetting Problem
By Brandi Neal
Bennifer, Kravis, & 14 Other Fun Celeb Couples Halloween Costume Ideas
By Emma Carey and Brittany Leitner
Why Harry Styles & Olivia Wilde Make A Great Couple, According To Astrology
By Nina Kahn
10 Stranger Things-Inspired Halloween Costumes For True Fans
By Emma Carey
Get Even More From Bustle — Sign Up For The Newsletter