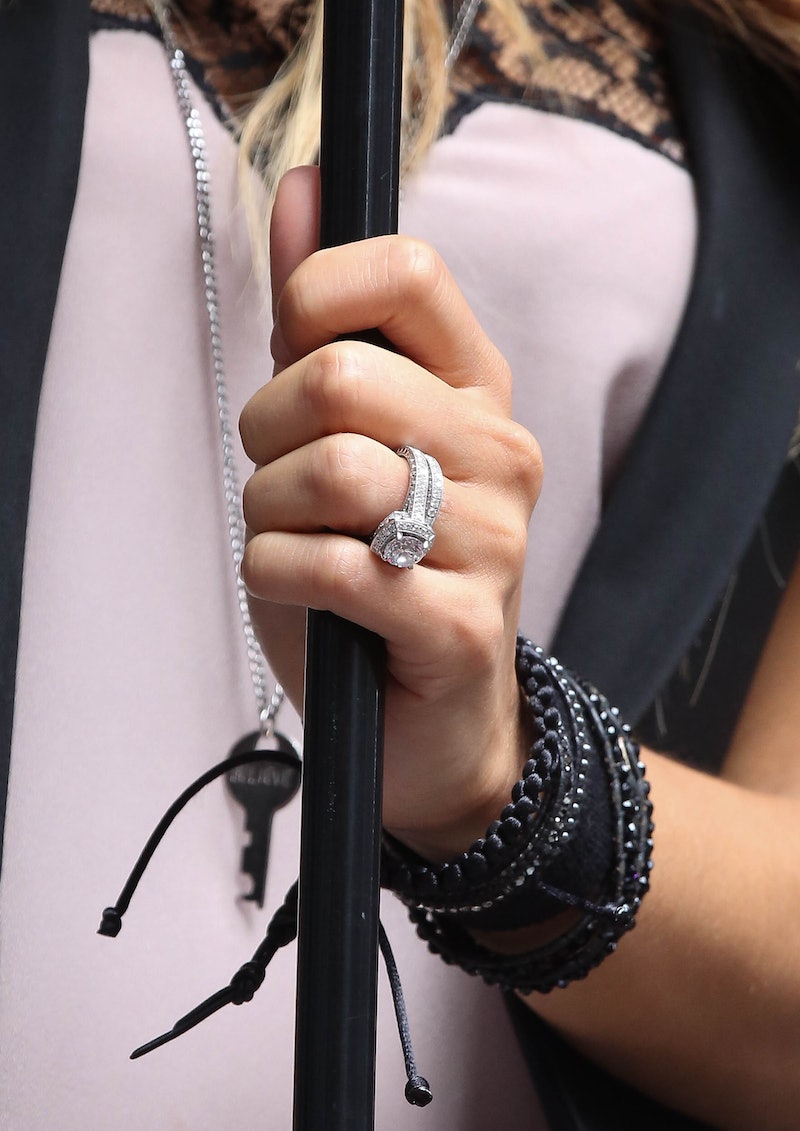 You know what you should be worrying about this Valentine's Day? The fact that you are never going to find a husband. Seriously, if you aren't worrying about that then you are clearly an idiot and probably depressed and almost certainly going to die alone because every minute you don't spend trying to find a husband is a minute you are getting closer to being too old for men to find you attractive. Fortunately, a Wall Street Journal piece by Susan Patton lets us know about this crisis in our lives so that we might avoid such a terrible fate.

And if this all sounds like something out of the 1950s to you, you are not alone. Patton seems obsessed with the idea that women are going to miss out on their one true chance at happiness — which always comes in the form of marriage to a good man. Patton warns us girls to "smarten up" and stop focusing on silly things like jobs or careers and instead start husband shopping. No, seriously, she literally says "You should be spending far more time planning for your husband than for your career." It's all very reminiscent of a similarly themed letter she wrote recently for the student paper at Princeton, her alma mater.

There are so many things to criticize here — the blatant hetero-normativity, for instance, or the fact that Patton acts as though all men are neanderthals who are only looking for younger women and are unable to cope with wives who out-earn them. But the biggest issue with the whole thing is that Patton assumes marriage is the ultimate goal for women. Even though she tosses off a throw-away acknowledgement towards the end that "[not] all women want marriage or motherhood," she seems to think these freakish creatures are few and far between — of course most women, real women, want to be wives and mothers despite years of being brainwashed by "the P.C. feminist line that has misled so many young women for years."

In reality? Some women want to get married. Others don't. Many haven't made up their minds yet, and even the ones who have are likely to change them at least once in their lives. If marriage is a priority for a woman, then she has every right to make it a priority. Marriage can be awesome. I'm told lots of people really enjoy it. Women have every right to pursue it, just as they have every right to pursue other cool things. But telling women what they're supposed to want and what should be most important to them is just patronizing and unoriginal. Women have been getting the message that they should aspire to marriage for pretty much their whole lives anyway.

So Patton can spin her doomsday predictions as long as she wants, telling us all that by not looking for a husband in our twenties we're screwing ourselves over for life, but I'm going to go ahead and suggest that maybe, just maybe, the true crisis here is that women like Patton think that a woman's happiness is so incredibly dependent on whether or not she finds a perfect man. Women are just people. We can find lots of ways to be happy. We don't need husbands for that.