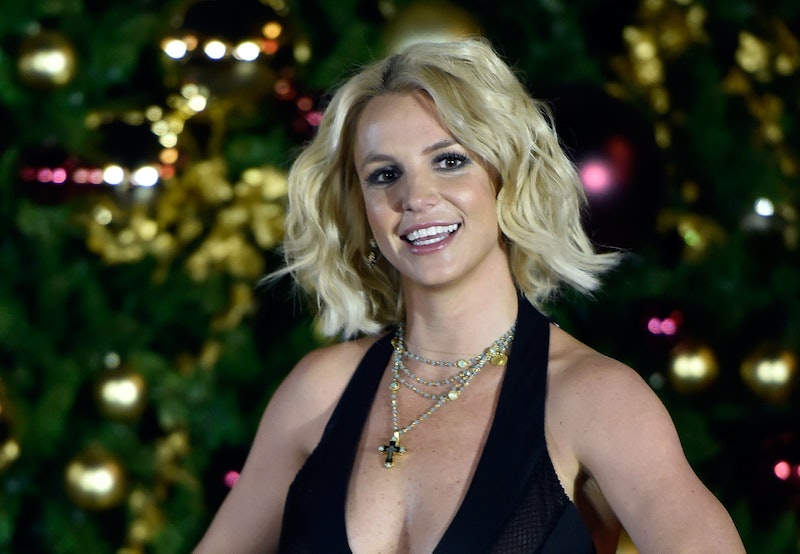 Fashion and celebrity fans love a good haircut or dye job, especially when someone who is known for a certain look changes things up. As hair trends become more wild and unique — see galaxy hair — celebrities have been more inclined to stray from their regular shades or cuts. But that doesn't mean that the most dramatic celebrity hair transformations of all time are worth forgetting about.

There is something in the water in the weeks surrounding Coachella that makes all the starlets have to go rainbow, Kylie Jenner stylle. A soft shade of pink is now one of the most basic hair colors; Frenchie from Grease totally called it! However, their once was a time when celeb hair changes really meant something. Often these changes in appearance can symbolize phases in a singer or actors' life. Heck, I think most of us can relate to that. In my freshman year at NYU I was a complete rebel child and dyed my hair bright orange. I've switched colors like four times since then.

However, for some, changing hair color is just a weekly part of living their life. Kendall Jenner and Gigi Hadid had to swap colors for the recent Balmain show in Paris but went back to normal post-show. For them, hair color is just another aspect of their industry. If you need some hairspiration for the Summer that's not just a DIY Pinterest tutorial or want to see the hair evolution of your favorite women celebs here are a few of the best and craziest transformations of all time.

Short and platinum blonde was quite the departure Hannah Montana's long waves for Cyrus. It seems she changes her hair almost daily these days.

This is Zendaya circa 2014 versus Zendaya this year. It seems that she can pull off pretty much any look: curly, straight, short, long, dyed, natural, et cetera.

Remember when Anne Hathaway had a little pixie cut in 2012? She doesn't usually diverge from her natural hair color, but she certainly knows how to rock some dramatic cuts.

After making V For Vendetta, Portman was almost unrecognizable from her sweet character Sam in Garden State. She made short so trendy.

Everyone lost their entire minds when their favorite Disney Channel star Hilary Duff went short and pink this year. My guess is that this look will be hanging around for a while.

Lauren Conrad's signature blonde was her color for over a decade, and all of a sudden she decides to go auburn? No way, LC. My body wasn't prepared for this.

What can I say about Kylie Jenner? She's a chameleon. She changes hair color with her surroundings, which is probably why she opted for a rainbow look for Coachella this year instead of her normal ROYGBIV/black.

This was a pretty crazy change for Panetierre between 2009 and 2010.

Emma Watson pulled a Portman, and she certainly has the brains for it. This was really one of the first times Watson broke from her sweet Harry Potter demeanor.

What a difference a year makes! It seems McAdams can wear just about any style well.

Hailey Baldwin's new rose-grey Coachella locks are luscious and make for a great transition for blondes looking to change things up.

More like this
Pamela Anderson's Most Iconic Makeup & Hairstyle Moments
By Olivia Rose Rushing
9 Valentine's Day Hairstyles For 2023 That Look So Dreamy
By Audrey Noble
Blake Lively Debuts Red Hair For The 'It Ends With Us' Film Adaptation
By Olivia Rose Rushing
The Best Beauty Looks Spotted At Paris Couture Week 2023
By Audrey Noble
Get Even More From Bustle — Sign Up For The Newsletter
From hair trends to relationship advice, our daily newsletter has everything you need to sound like a person who’s on TikTok, even if you aren’t.