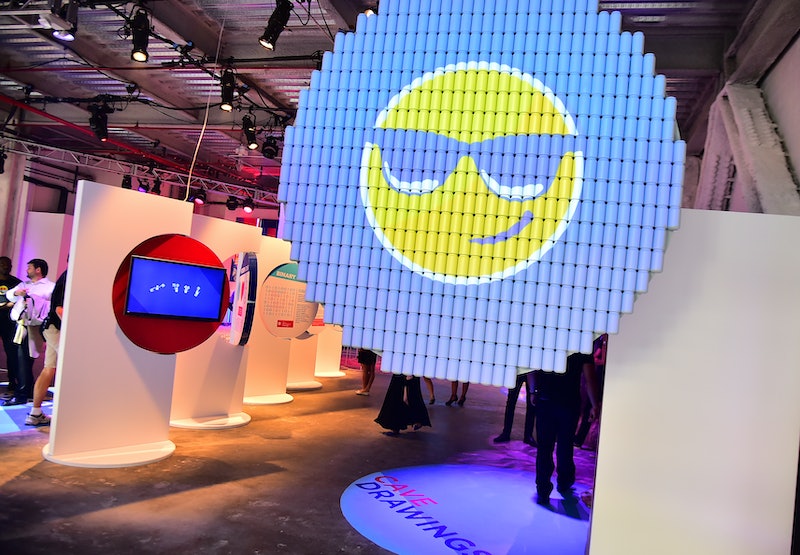 Anyone who's ever told you that emoticons are stupid is going to be eating their words after this. According to a recent study published in Social Neuroscience , human brains respond to emoticons in the same way they respond to human faces, and differently that they respond to just plain text. This response isn't innate however, but something brains learn to do.

These results do make some sense. I mean, you only have to check out the Faces In Things Twitter account to know that humans see faces everywhere. It's how we're programmed. Even babies are able to pick faces out from the sea of their surroundings. Human brains are so tuned to faces, to every twitch of the 43 muscles that control our expressions, that it makes sense we'd be looking for them everywhere, even in configurations of colons and parentheses.

However, the subjects of the study were more responsive to emoticons arranged in their traditional configuration than in a reversed configuration. In other words, people respond more strongly to :) than to (: in most cases. Which is not surprising. I mean (: ? What even is that thing? This difference in responses between the familiar orientation and whatever the hell (: might be suggests that subconscious recognition of emoticons as faces is not innate but learned behavior. The occipitotemporal region of our brain, the part that is involved in facial recognition, didn't start out giving a damn about these little guys, but now we process them as faces.

Turns out those emoji poems are meaningful after all.

So now you can feel free to tell people who make fun of you for using emoticons that the human brain is actually on your side. And that emoticons are actually enriching our online interactions on a neurological level. Or you could just send them a little sideways face sticking out its tongue. Your choice. :P