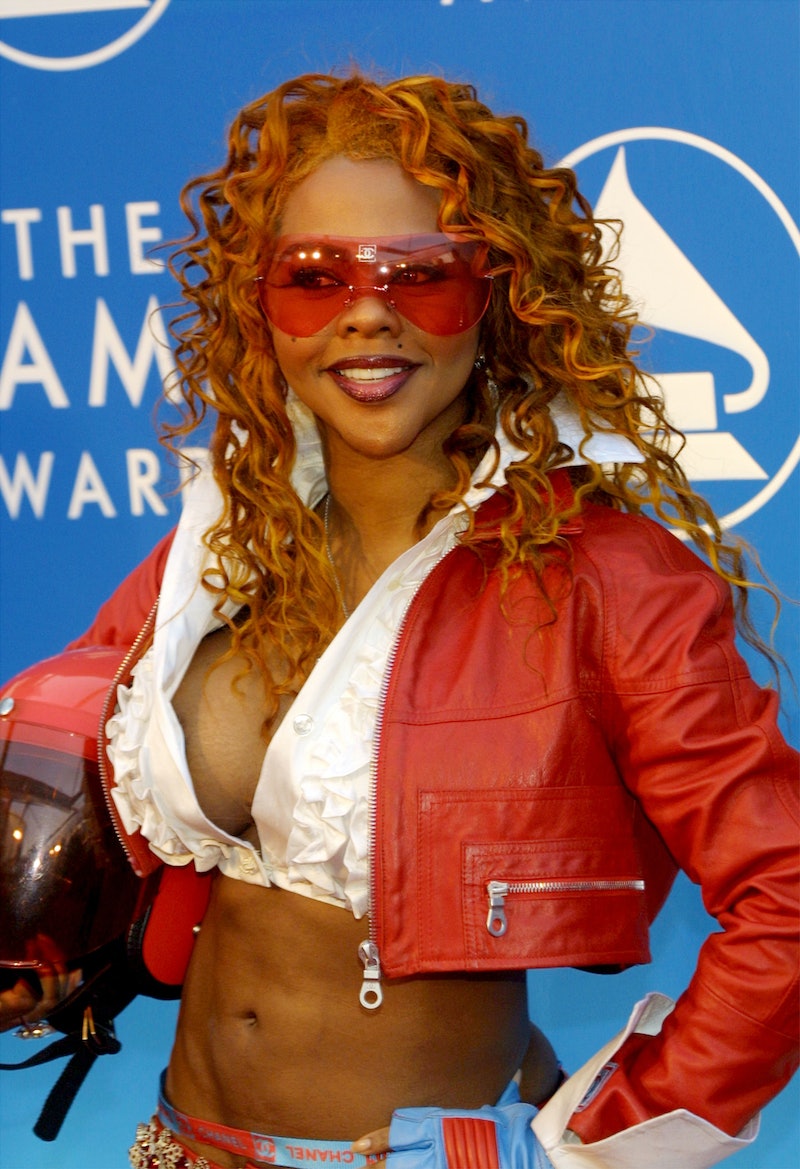 As with any decade, the 2000s had some pretty unfortunate fashion missteps. And because those were the years where accessories were everything (Remember all those fringe belts, bandanas, and bedazzled anything we could get our hands on?), there were some pretty terrible 2000s sunglass trends. But of course that's just hindsight. At the time, we loved them all, and rocked them with pride. Because when you have blue and purple ombre shades with a rhinestone star on the bottom corner of one of the lenses, you show that sh*t off.

Sure, maybe 10 years from now someone will be writing an article about all of the ridiculous shades we've let sit on our noses during the 2010s, but it can be hard to realize in the present just how questionable some of our fashion trends are. Which is why we all get a pass for thinking all of the sunglasses from the 2000s were so bomb, when clearly, at least some of them were pretty head-scratch worthy. So let's take a little walk down memory lane and check out six sunglass trends of the early 2000s that were so terrible, that they were awesome. And don't tell me you didn't have at least one of these pairs.

Any lens color besides traditional neutrals were on point. Green, yellow, even literal rose-colored glasses fit the trend. But I think everyone who was into colored lenses in the 2000s had a soft spot for blue. Oh, and of course this meant the color of your shades had to be perfectly matched to your outfit. Duh.

These aviators were basically the dream. Sunset lenses with a rhinestone heart? I think the tween section of my heart just skipped a beat.

Whether they were Ozzy-style or looked like you were balancing a pen across your nose, there was something about those barely-there sunnies that were still going strong in the early 2000s.

Of course, on the flip-side of that, were the oh-so-trendy bug-eye glasses. Not gonna lie, this style will always have a place in my heart.

If you did have traditional, black lenses instead of a color of the rainbow for your sunnies though (OK, OK even sometimes in this case too), you best believe they were encased in some thick, white frames.

Probably the least-offensive of the bunch, the only reason this trend made the list is because we couldn't ever just let this style happen naturally. This was the style where the lenses had some intense ombre coloring (like black to clear), or were bordered with rhinestones in lieu of a frame. On the rare occasion that we really did just have some regular, stand-the-test-of-time, square and frameless sunnies, we paired them with something like a head-to-toe velour track suit or a denim fringe on denim fringe type of ensemble. Oh, and on guys, they were always paired with spiky hair and/or frosted tips. It's all in the associations, people.

But at least we can rest easy for the time being. These trends shouldn't come back around for another decade. *Crosses fingers*