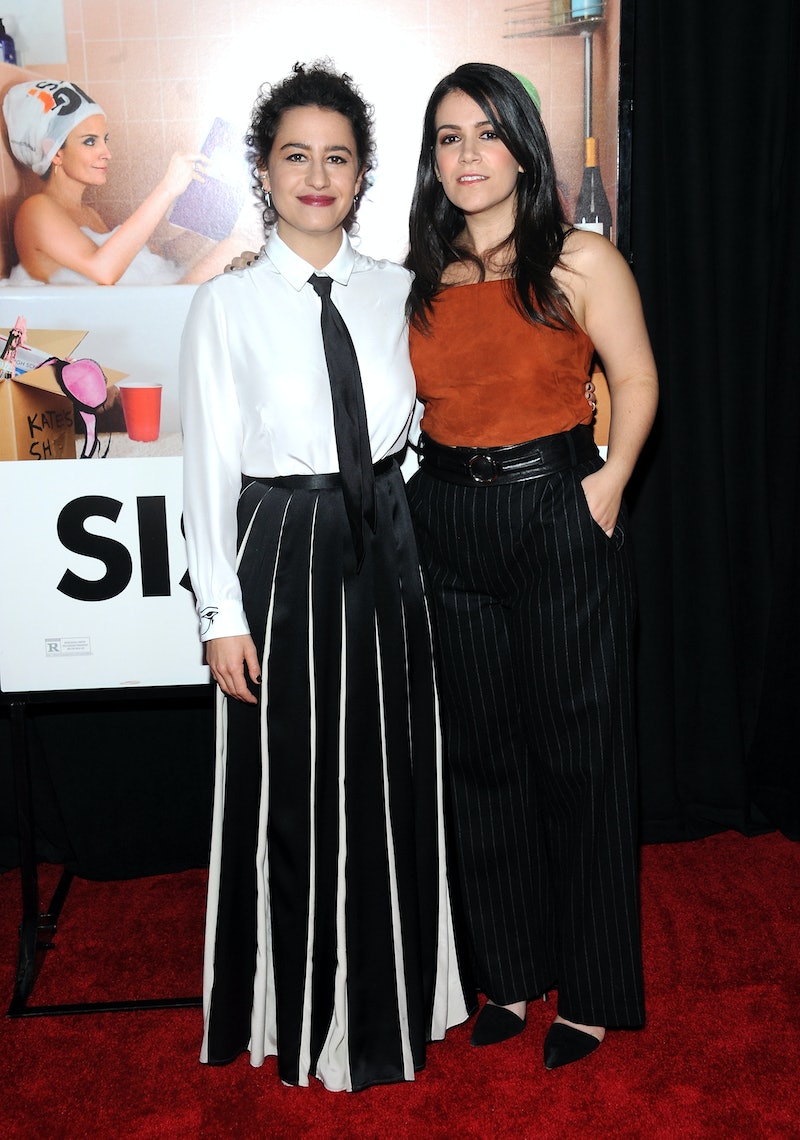 It's a little bit strange to see Broad City's Ilana Glazer and Abbi Jacobson completely out of context: Not a crop top, bandage dress, or bong rip in sight. Nevertheless, the pair looked amazing at the 2016 White House Correspondent's Dinner.

It's no surprise that the pair were invited: Broad City dedicated a whole episode to their obsession with Hilary Clinton, topped off with a cameo from the former Secretary of State and Presidential hopeful herself. Glazer and Jacobson have made no mistake about their support for Clinton, and their stance has solidified their spot in the Millennial Political Influencer Hall of Fame.

Tonight, Jacobson wore a simple but stunning high-neck black gown, while Glazer opted for a rust-colored spaghetti strap ensemble that even came with its own matching choker. Naturally, the pair showed up to the event together – but then again, do they ever come to these kinds of things solo? It's hard to imagine just one of them on the red carpet, as they make such an excellent team. They've come a long way from the streets of Brooklyn, but clearly, they look like they were meant to be at this thing. Here's a look at their red carpet moment:

And while they might look glamorous, it's good to know that they're still up to their same old tricks:

Land of the free, home of the kweens.