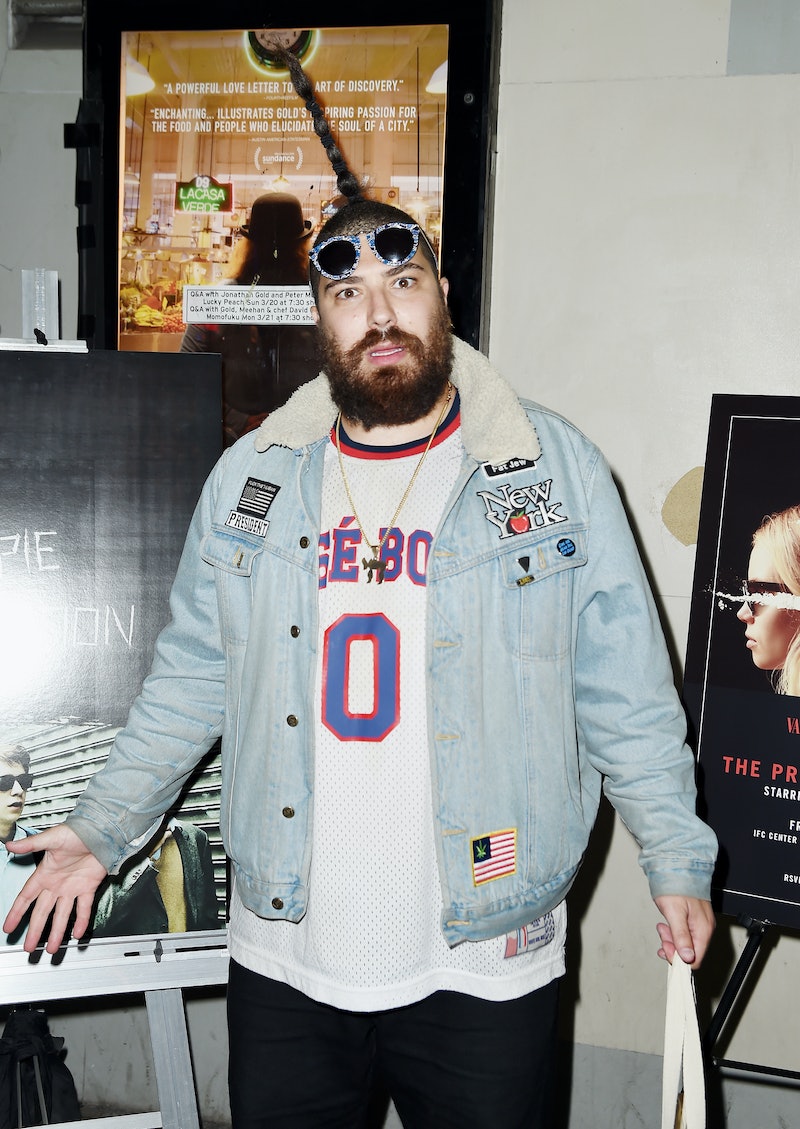 This man is certainly not afraid to express his opinion, so it only makes sense that he’s just the kind of guest you’d like to invite to a politically charged event, right? I mean, that just makes for good TV, so it certainly doesn’t surprise me that The Fat Jewish attended the WHCD as a guest of The Huffington Post. In his typical style, he’s wearing quite the memorable ensemble, and you’ve got to see seven of the best Twitter reactions to The Fat Jewish’s jacket.

You can pretty much guarantee that this guy’s going to make his presence known, wherever he goes. Whether he’s taking over the NYFW runway or the red carpet at a White House affair, if he’s there — you’re going to notice. So, just add that to the list of things you love to hate about Josh Ostrovsky, aka "The Fat Jewish." This time around, he’s rocking a trendy, very ‘90s denim jacket.

Of course, his outfit only gets better from the back. There’s some major patchwork on the back of the jacket. You’ll find, none other than a giant eagle and an American flag and the words “Mazel Tuff,” you know, for added interest. Check out his very “American,” non-formal look along with the seven funniest reactions to it.

If you're familiar with this man, you know this is sooo his style.

And of course, it's super on-trend. I'd expect nothing less, though.

It's the back view that really makes the look, however.

The Fat Jewish abides by his own dress code.

It doesn't get better, does it?

He doesn't blend in, but he does feel right at home next to all of these A-List celebs.

It's hard not to admire his bold style.

Of course he's there to make a statement. He wouldn't have it any other way, I'm sure.

7. No Doubt About It

Is that The Fat Jewish? Don't doubt it for a second.

He really knows how to make an entrance, doesn't he? The 2016 WHCD will be memorable, indeed!