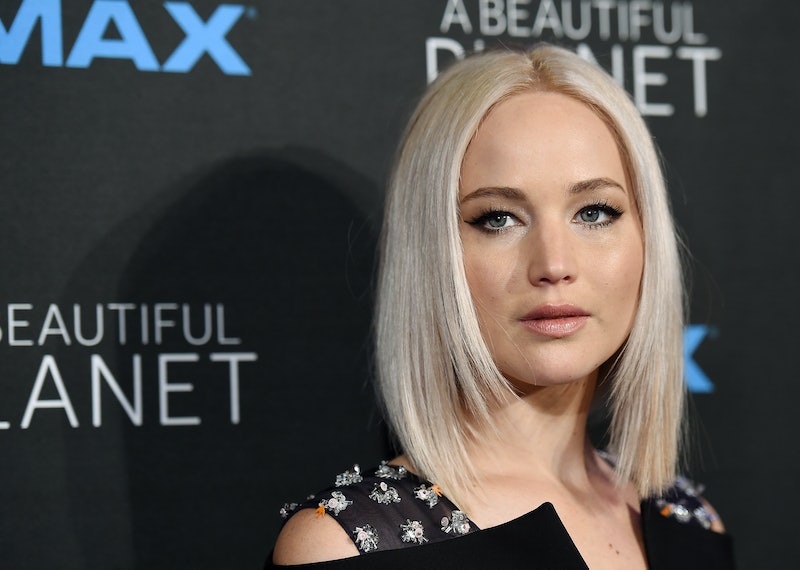 We all know that J. Law and Dior have something of an ongoing relationship; so the pair was bound to make an appearance at the Metropolitan Museum Of Art on May 2. What we didn't know is that Jennifer Lawrence at the 2016 Met Gala actually wouldn't be a reality. Forget fitted bodycon dresses or princess-like gowns. For the Gala's "Manus x Machina: Fashion In An Age Of Technology" theme, the 25-year-old actor was nowhere to be found. Meaning the futuristic, techy spin on the European luxury brand that I hoped for is set to remain in my dreams forever.

When I first imagined what "Fashion In An Age Of Technology," might look like, I pictured subtle detailing on sci-fi-like dresses: Think emojis or popular text speak or dating app logos exquisitely embroidered on couture pieces. J. Law probably would've been the queen of quirky detailing for the gala, but my guess is that she's a little too busy with promo for X-Men: Apocalypse , which premieres on May 27. Because Lawrence doesn't use any social media platforms, however, we just cannot know for certain.

For last year's gala, Lawrence sported floral Dior unlike any Dior we'd ever seen before. Despite 2015's potentially culturally appropriative theme of "China Through The Looking Glass," she remained elegant and quirky in true J. Law fashion. She was also co-chair of last year's event, though, which might have translated to having to play it safe. At least a little bit. Had she attended 2016's event, I bet that "safe" would've been far from her sartorial vocab.

Alas. At least we have last year's look and the promise of an apocalyptic fantasy to keep us going.