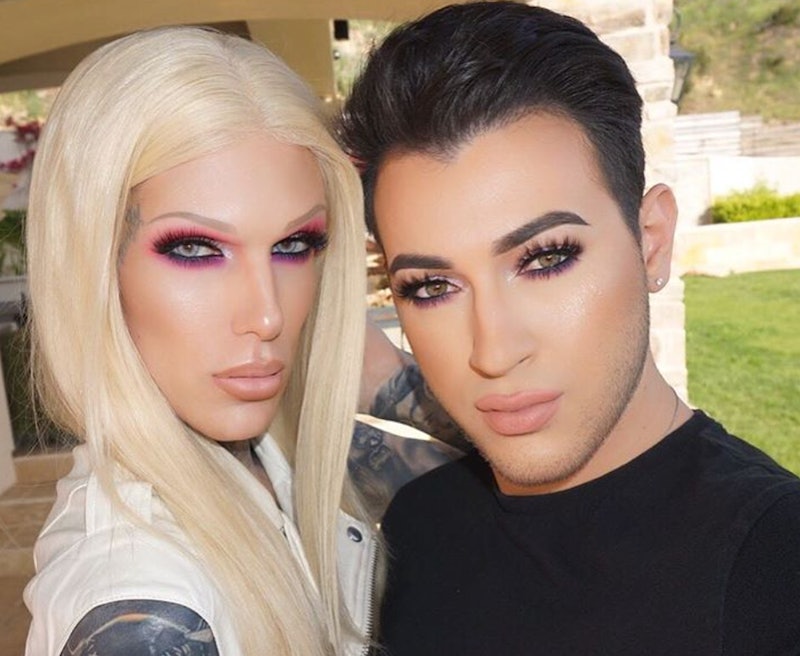 The Skin Frost highlighters will cost $29 a piece, according to Instagram posts on both the official JSC feed and Star's personal feed. Both the brand and its founder teased the hot pink packaging with gold lettering, noting that the highlighters will be here soon. They did not provide an exact date, but "Mid-May" could be as soon as two weeks.

Judging from the wealth of IG feed photos, these babies will impart such a gorgeous, ethereal, and dewy glow. To my eyes, Skin Frosts look like they could be a bit like Pat McGrath's Internet-slaying Skin Fetish 003, which are $72, but more affordable.

There's the packaging and all the pertinent details. The Skin Frosts should be available via the Jeffree Star site, since it's largely an e-commerce brand that sells its products via its site. One-stop shop, yo!

Ooh! The product comes stamped with a star. This is Peach Goddess and she is so lovely.

Another shade! You will glow, baby, glow with Skin Frost.

This is Ice Cold. In this particular caption, the brand notes the product will first launch in May with four shades, with four additional shades coming in June. Skin Frost is shaping up to be quite an expansive range. You can play, highlight, spotlight, contour, and get that glow on.

Star and fellow makeup vlogger Manny MUA, whose matte liquid lippies with OFRA sold out, rocked the Skin Frost highlighters in this Insta pic. That's a lot of fabulousness in one shot. Who wouldn't want that sort of glow?

If the Skin Frosts weren't enough, the brand's Beauty Killer, which is JSC's first-ever eyeshadow palette, goes on sale on May 25. It contains 10 pigment-packed shades.

Star himself is so stoked about the Skin Frost launch that he had to share it on his own feed, as well.

May looks to be a maj month for Jeffree Star Cosmetics. All of these launches could establish itself as a serious indie player.