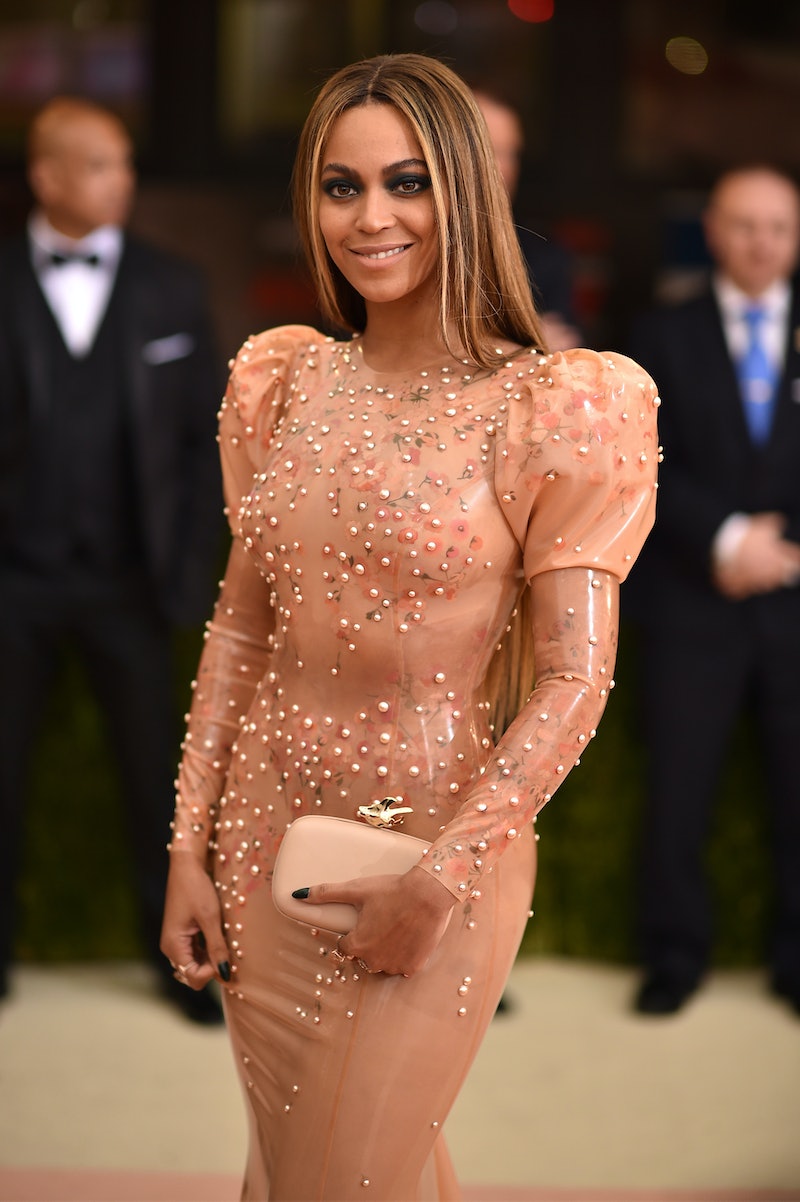 Has anyone had a better spring 2016 than Beyoncé? Between launching a world tour and dropping the powerhouse that is Lemonade (both the album and the HBO special), Queen Bey pretty much rules the world at this point. So Beyoncé at the 2016 Met Gala? It's bound to be next-level epic, no matter what she's wearing. The appearance of Beyoncé at this year's Met Gala has been speculated about for the past week or so, in the way of the mysterious Lemonade and all the divorce rumors it sparked. Will she attend in the middle of her world tour? Will she bring Jay Z on the red carpet? All valid questions. I'm curious, too. But let's talk about the most important thing of all: Bey's Met Gala outfit.

Beyoncé wore a tight, nude-toned gown with embellishments on the 2016 Met Gala red carpet red carpet, and it is even more amazing than anything you could have imagined. Thought nothing could beat her 2015 Met Gala sequined number? Wrong. Her flowy, yellow dress in Lemonade? Wrong again. In the skin-tight number, paired with slicked back, straight hair and paired with a simple clutch and an intense dark eye, Beyoncé's look was head-to-toe glam in the most stunning way possible. Observe.

The look is whimsical as well as being high fashion, and a departure from her usual looks, which is refreshing.

And that eye makeup? Killer.

Bet you didn't expect your new favorite Beyoncé look to be nude colored latex, am I right?