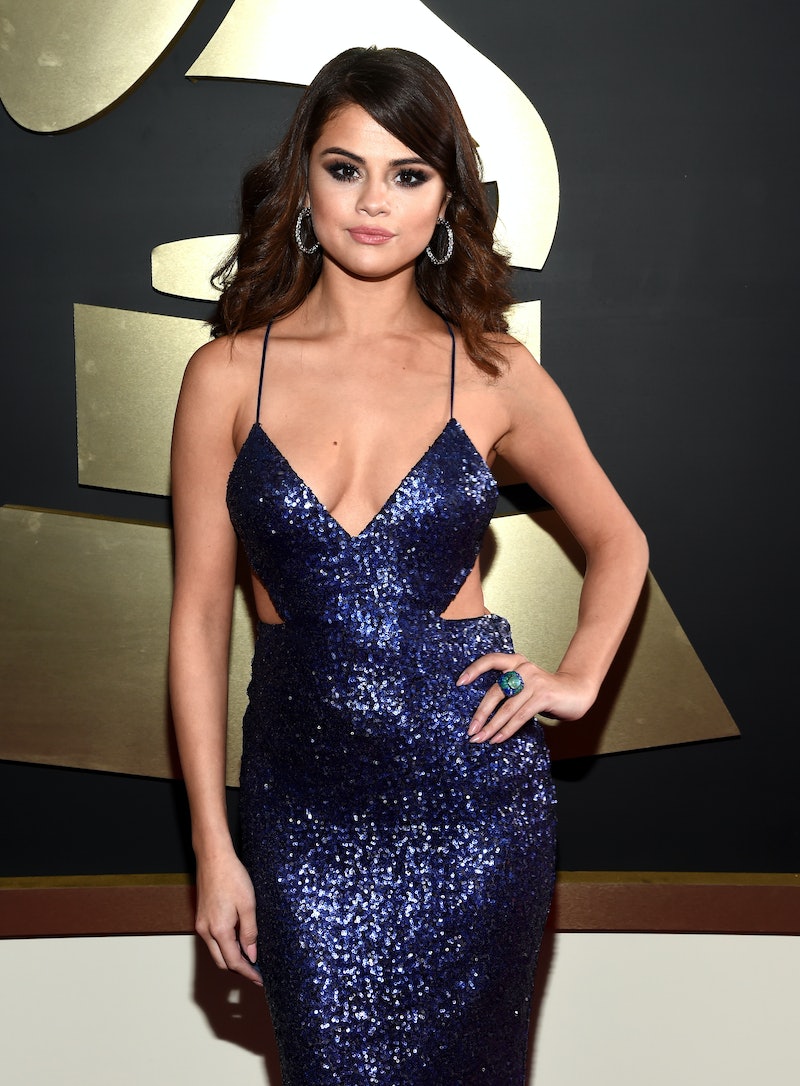 A certain Project Runway star just tweeted a photo of a very cool bodice. He offered few details, aside from the fact that the badass "crystal, embellished piece" is for the #MetBall — but fans are already speculating that Christian Siriano is designing Selena Gomez's Met Gala dress.

There's no legitimate source yet, but one of Gomez's fan accounts retweeted Siriano's image, adding, "The chest piece is rumored to be part of what Selena's wearing at tonight's MET Gala!" Twitter user @UpdateGomez made no mention of just where that rumor came from, but let's all hope it's true. After all, the teaser Siriano posted is about as glamorous as they come: The chest piece is designed to look like chain mail, complete with oversized iridescent crystals on the neck. It also features what looks like part of a floor-length fuchsia cape, so Selena or no, whoever wears this thing is going to look like an actual fashion superhero.

The whole thing is very retro-futuristic, and as such, Siriano's design is sure to fit in quite nicely with this year's Met Gala theme — Manus x Machina, which is all about the intersection of fashion and technology (and the future). Plus, the Met Ball is basically primetime for fashion experimentation, and Siriano's high-concept design certainly fits in with that aesthetic.

It would look amazing on Selena, wouldn't it? Let's cross our fingers, because Christian Siriano and Selena Gomez might just be a match made in heaven. Between her penchant for sequined dresses...

... and his penchant for making leading ladies look absolutely fantastic in perfectly-tailored gowns...

... they might just create the look of the night tonight. And, really, is there any style victory more savory than being the best dressed star at the Fashion Oscars?

More like this
Hailey Bieber Just Responded To *That* Viral Met Gala Moment
By Radhika Menon and Sam Ramsden
The 2022 Emmys' Top Nail Trends
By Olivia Rose Ferreiro
Bella Hadid's Best Runway Looks Of All Time From Paris, Milan, & More
By Allie Fasanella
I Can’t Stop Thinking About Emily Ratajkowski's Exposed Thong Look
By Allie Fasanella
Get Even More From Bustle — Sign Up For The Newsletter