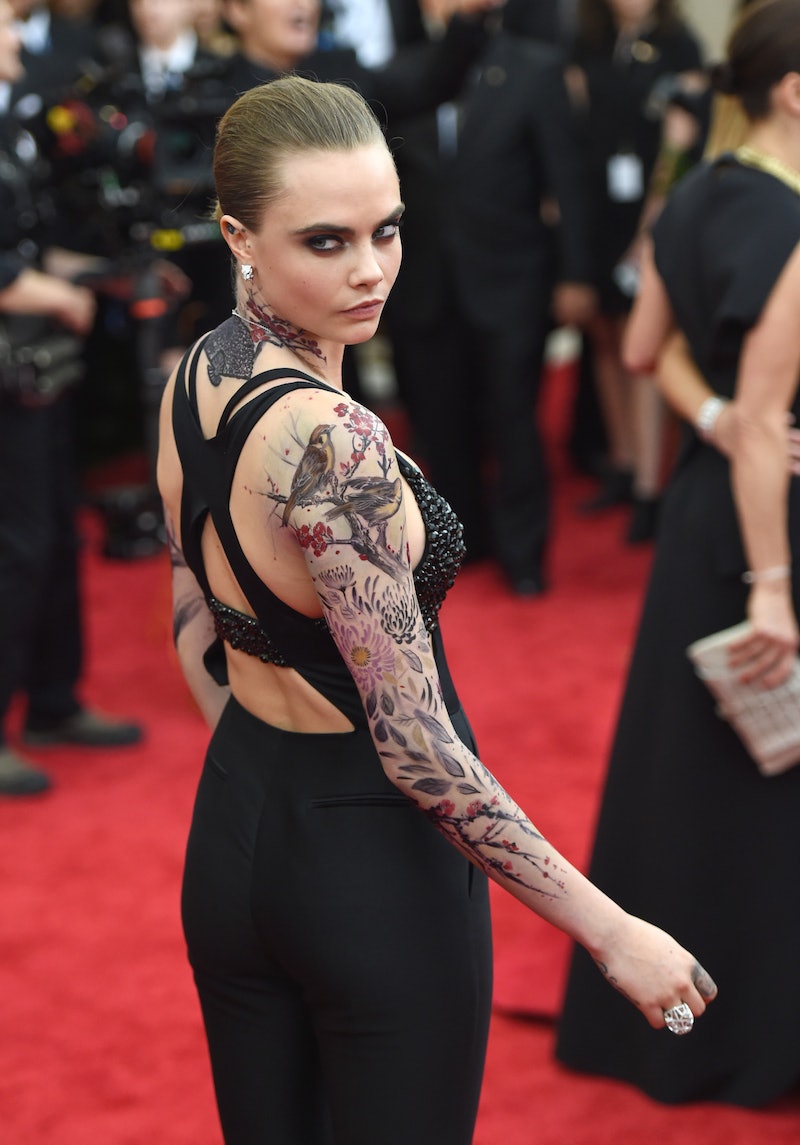 It's been awhile since this model-turned-actress has been in the spotlight, and boy has she been missed! Cara Delevinge skipped the 2016 Met Gala, and fashion fans who been on the edge of their seats waiting to see how this edgy style star would interpret this year's Manus x Machina theme are bound to be disappointed. In 2015 she chose a rather simple black jumpsuit with edgy cutouts and accessorized with fake cherry blossom tattoos that artist Bang Bang drew on her body.

So, what did Delevingne do on Monday night instead of hit the Met Gala? The fashion icon appears to be hard at work on an acting project based on her Instagram. She tweeted out several images the day before the gala, one of which showed her wearing a futuristic costume with the caption "Back to work." She attributed the photo to director Luc Besson and added "#valerian," which appears to be a reference to Besson's upcoming project Valerian and the City of a Thousand Planets.

I guess she was too busy to attend fashion's biggest party of the year, and while that's totally understandable, I can't say that I wasn't a little bit disappointed. Her style is always so on point that I'm sure she would have worn something incredible.

Her MTV Movie Awards look was so on point. She's the queen of the chic pantsuit or jumpsuit.

She pulls off so-called menswear brilliantly.

But looks just as epic in dresses.

She manages to make LBDs fresh and interesting every single time.

The main takeaway from writing this post is that I need a Delevingne red carpet moment, stat!

Here she is sporting those intricate fake tats at last year's Met Gala.

Come back to us soon, Delevingne! Fashion needs you.