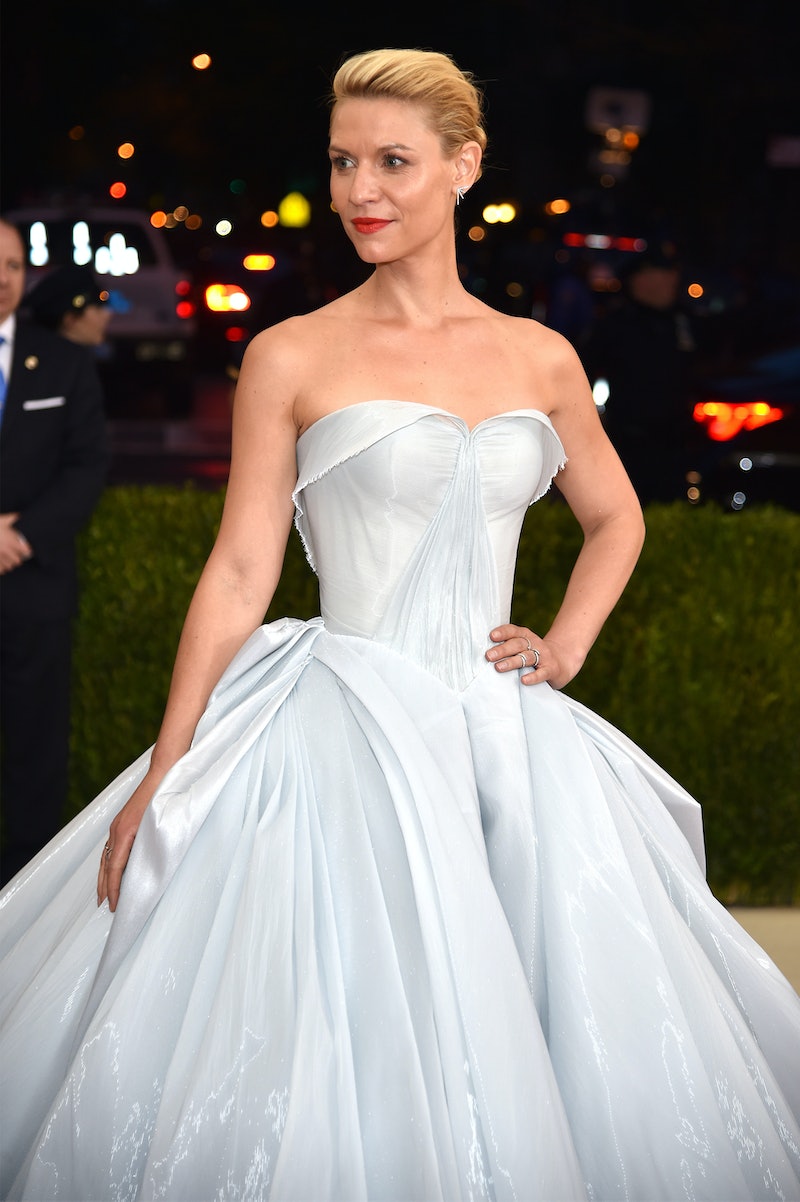 Not too many people pushed the envelope with fashion at this year's Met Gala, but there was one look that shone bright on the red carpet — literally. Dressed in a white gown equipped with with fiber optic lights, Claire Danes is the best dressed at the 2016 Met Gala as far as Twitter is concerned. Once you see this light up gown, you'll know exactly why she was crowned the winner of Monday's red carpet by the social media judges.

With this year's fashion and technology Met Gala theme, people were excited to see what A-listers and designers would dream up. There was tons of celebrities who opted for similar styles, but the best looks were the ones that pushed the limit. Danes was definitely one of those people. Her glow-in-the-dark look was one of the most surprising of the night by far and completely fit in with this year's Met Gala theme.

Social media was buzzing about the gown before anyone even knew who was wearing it. It all started with a photo of a glowing silhouette, but once she stepped onto the Met Gala, it was clear to see who was rocking the Zac Posen design. Once Twitter saw Danes in the Cinderella-esque gown, she was quickly titled most stylish of the night. You have to see this gorgeous dress for yourself.

She looks like she just stepped out of a pumpkin carriage in all the best ways. Here's what people had to say about the biggest style star of the night.

I'll let the emojis speak for themselves.

So magical that unicorns must have created it.

Take notes for next year, people!

It's even taking people's breath away.

Nope, she slayed us all.

The answer is yes.

That about sums it up.