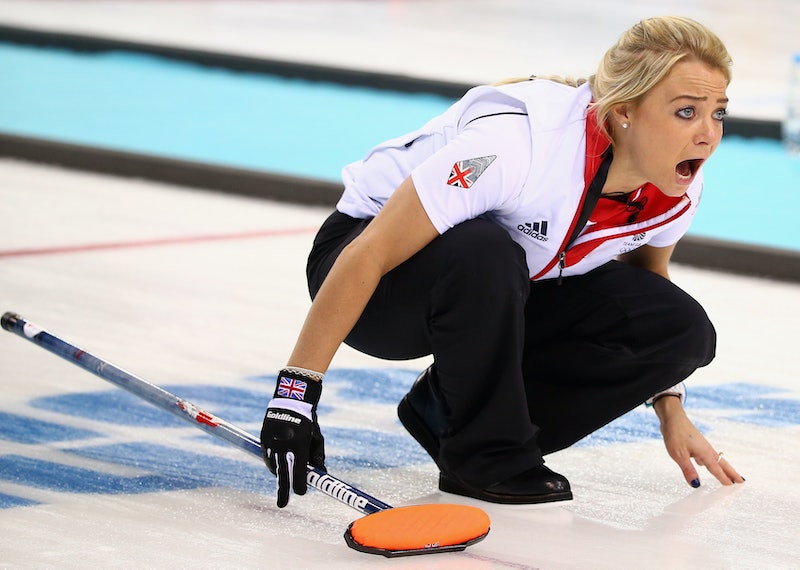 Ahhh the sweet, soothing sounds of The Olympics. Skiiers rushing down the slopes with audible woooshes, figure skaters gliding around the ice to light classical music, and snowboarders sticking impossible landings with a soft thump and a puff of snow. Soothing, right? As long as you're not watching women's curling. Move aside Tarzan, because these ladies know how to yell.

As seen (and heard) in the video "The Sounds of Women's Curling," numerous female participants of the misunderstood Olympic sport are, for lack of better words, screaming their freaking heads off. Though seemingly softspoken when they slide down the ice with a rock (the name for those tea kettle-like objects the players push down the icy aisle) in hand, this video shows that these women have serious pipes.

It's said that the Skip, or team captain, does most of the yelling because that's how they give their teammates directions. The Sweepers — you guessed it, the ones with the brooms — are often the target of the verbal blasts. But when the yells are not used for directional purposes, they are often used to distract opponents. So whether you have some pent up anger or just want to give it a go, watch the video and see if your yell is cut out for curling.