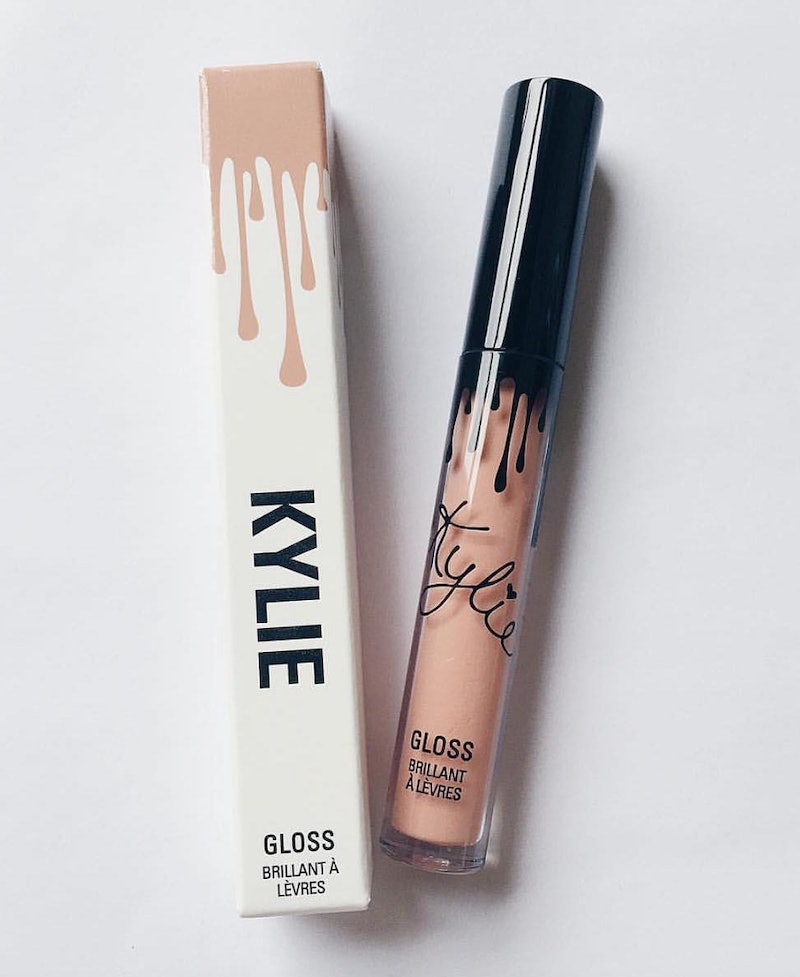 I have to give a heap of credit when it's due. Kylie Jenner honored her promise. Jeffree Star, the makeup vlogger and web celeb with his own indie makeup brand that sells matte liquid lipsticks, called out Jenner's first generation of Kylie Glosses for reportedly having a difficult to use brush. The long bristles had a tendency to splay and bend, likely due to the thick formula and how the wand slid back into the tube, according to Star and others who posted photos of the original brushes to social media.

Jenner quickly reacted to the social media posts with a statement saying she takes pride in her products and isn't just slapping her name on them. She pointed out that she listens to her customers and critics and immediately corrects problems, offering immediate solutions. She promised to replace the glosses for everyone who purchased during the first on-sale and received the longer wands.

As someone who snatched up the Kylie Glosses three pack upon the April 1 launch, I didn't have the brush head problem right away. But after several uses of Like, Literally, and So Cute, I was dealing with the same splayed bristles issue that Star and others on social media pointed out. Bustle has reached out to both Star and Kylie Cosmetics for comment on the brushes.

Here is what Star had to say about the brush controversy.

And here is the response from the official Kylie Cosmetics Instagram.

Jenner leapt into response and action mode, which shows a true commitment to customer service.

This is how my original brushes looked after multiple uses. I also began to notice that the longer brush sometimes extended past my natural lip line, resulting in too much product on the skin above my lips. I had to clean up the excess with a Q-tip. Application wasn't clean unless I used a lip liner, which I don't always want to do. Side Note: I still think Kylie Glosses are best when you line 'n' shine, as opposed to gloss 'n' go. But it's nice to now have the quicker, on-the-go option thanks to shorter bristles.

More of a brush also meant more wasted product. I was getting too much gloss on the brush.

I am happy to report that the makeup mogul did not disappoint when it came to her promise to deliver new brushes. I received my replacement glosses last week. It was a smart business move, but Jenner also went above and beyond. She could have just sent new wands for customers to swap out. But she didn't. Instead, she sent new tubes of glosses. That's what I call elevated customer service! I am a very happy Kylie Cosmetics fan because of it.

Observe the shorter wand. The bristles remain flat and don't pancake out. Plus, I get better control and smoother application with the more compact brush head.

The side-by-side comparison says it all! The long bristles just didn't work and Jenner immediately addressed it and made the change.

I find the shorter brush much easier to use.

It's now the perfect size and doesn't go past my lip. Nice work, Kylie!

The Kylie Glosses are super shiny with a thick, intense formula. They just needed the proper applicator.

You cannot mess with that shine.

Good luck shopping the glosses on the next restock. I am keeping the original tube and using that gloss with a lip brush when I am not on the go, BTW.