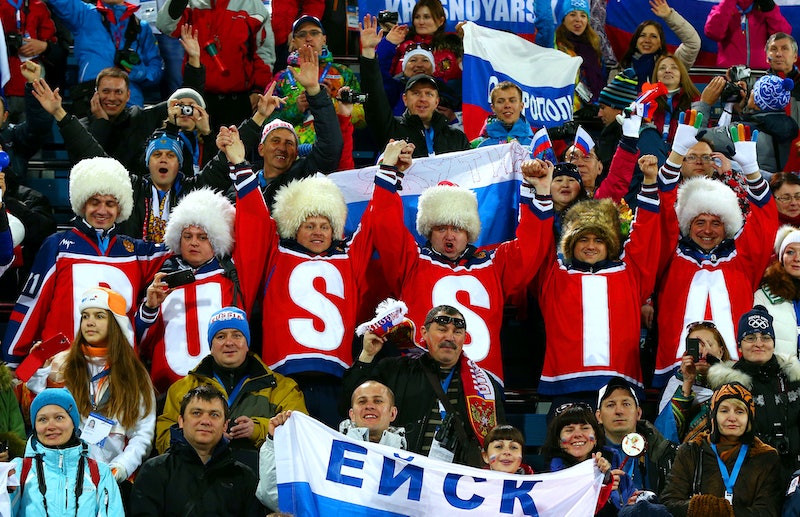 Russia may be doing well in the Olympics, but there’s one competition they’re definitely losing — the fight for the hearts of Russian women. Apparently many of the Russian women attending the Olympics have decided they’d rather date foreigners.

Yahoo! Sports contributor Martin Rogers has been on the scene in Sochi since the Winter Games kicked off a week and a half ago. Inspired by a surprisingly truthful response he got from a female volunteer regarding her favorite Olympic memory so far — “The people I met,” she said, before clarifying, “Actually, the men I met. I know what I want now. I want to marry a foreign man.” — Rogers started asking around.

So what’s wrong with Russian dudes? According to one Olympic spectator, a bank worker named Katarina, “Russian men smoke too much cigarettes and they drink too much.” They also apparently don’t like to talk to women very much. “It is more of an old-fashioned attitude,” Katarina continued. When Rogers asked the women about what exactly they liked about the international travelers they’d met, they said they like Americans because they’re “cool,” and they have a thing for Italians simply because they’re Italian, which I get.

It’s true that this trend has been discussed before; Svetlana Kolshik, Deputy Editor of Marie Claire Russia, wrote in 2010 that Russian women, especially young professionals, are “gradually shifting towards foreigners.” Maybe there's something to it, then. But I’ll be honest: I find this a little bit of a weird piece to see in the sports section. Surely there are better things to be reporting on at the Olympics than the fact that the women of the host country are having a lot of fun flirting with visitors? No? Just me? Ah well.

Now if you’ll excuse me, the dulcet tones of the Sounds of Women’s Curling are calling to me...