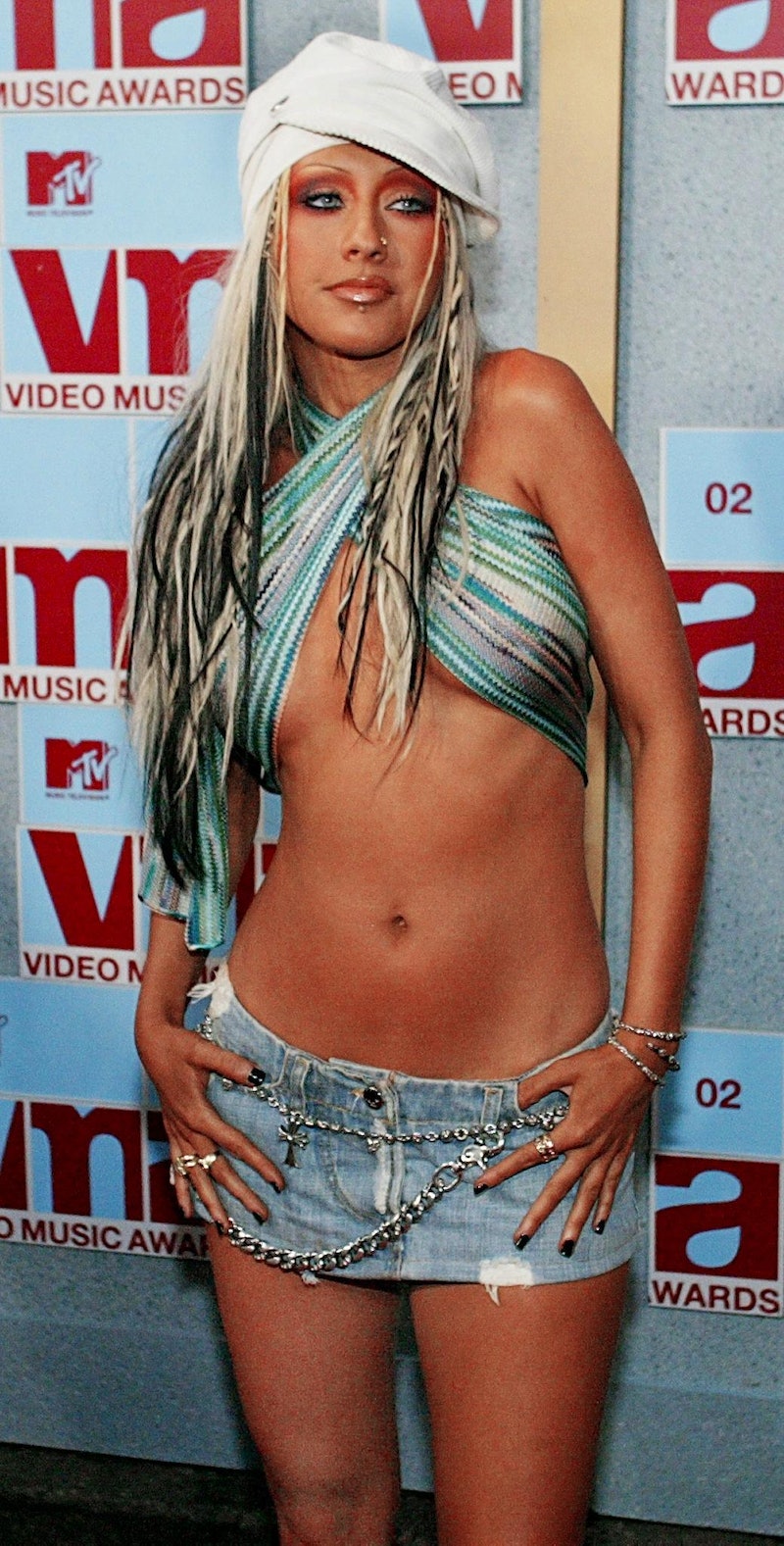 The early 2000s was the dawn of a new era, when an exciting new millennium sprawled out in front of us, filled with possibilities. But instead of fashion including jet packs, color-changing dresses, and hover boots, we got stuck with weird early 2000s trends. It was as though the fashion industry didn’t know how to top the kookiness of the '90s, so the strangest looks were flung into the spotlight to compensate.

I slowly began to accept the truth: I was going to have to wear these odd, supposedly trendy garments that made me feel uncomfortable in my own skin. Sure, I may have been the only tween who didn’t want to wear low-rise jeans and G-strings, but I had to get used to it. That was until I got into music and discovered all of the early '00s subcultures, which meant I could be a skater, an emo, a scene kid, a punk pop princess, or a combo of all of the above.

However, no matter what early '00s subculture you belonged to, or didn’t belong to if you followed mainstream fashion trends, there were cringe-worthy garments to be found everywhere. So let’s raise a glass to the most tragic things we wore in the early naughts, before we bury them forever in our memory vaults.

In the '90s, celebs were loving double denim. But in the early 2000s, Britney Spears and Justin Timberlake wore head to toe denim and changed the way we would wear our jeans forever. Too bad it wasn't the coolest of looks.

Sassy slogan tees were among the weirdest trends of the '00s. Many stores would stock tees that read any number of sexist or offensive messages across the chest. It's a wonder our moms didn't band together to get these strange tops taken off the market, because there was something seriously conflicting about an 11-year-old girl running around with the slogan "99 Percent B*tch" on her T-shirt.

If you wanted to look like a high-fashion, Victorian chimney sweep, all you had to do was pop on a newsboy (or baker boy) cap for some truly eccentric vibes.

Oh, hello there little vagina corset! Where did you come from? With Moulin Rouge! fever sweeping the land in the early '00s, some bright spark must have thought, "I know! Let's try to make pants sexy by using corset style laces instead of zippers!"

If you wore a duct tape dress to prom, I seriously applaud your creativity and patience. But come on guys, if you were trying to make a gown or suit on the cheap, you probably failed and spent as much as you would have on a store-bought one, considering the vast amounts of duct tape you needed. Plus, you probably broke down at least a couple of times when your project wasn't quite going to plan. IMO, duct tape prom dresses were just not worth the stress, time, or energy.

Is it a bird? Is it a plane? No! It's a hideous top that we endearingly named the "popcorn shirt." If I become a millionaire, I'd seriously contemplate rounding up all of the popcorn shirts of the world and burning them on a bonfire.

7. Stuff On Our Butts

In the early noughts, emblazoning flirty messages or grim angel wings on tracksuit butts for all the world to see was totally the rage.

Maybe we wore mini skirts the size of belts in order to get noticed by the fashion pack.

Yes Avril, we get it, you were a sk8er girl and you wanted to make a totally punk rock statement, so you knotted a tie loosely over your tank top. I take my hat off to you — it somehow became a huge fashion trend among skater kids of the early decade.

When I look back at photos of myself wearing a pair of bright pink octopus pants, there are no words. These quirky trousers should have been reserved solely for Britney's backing dancers.

Come on guys, these full-length leather coats could only be pulled off by Alanis Morissette. Unless you wanted to look like you were in The Matrix , it was best to steer clear of these hot, heavy coats.

Although these trends from the early 2000s are pretty tragic, I'm sure we'll look back at the 2010s and manage to find at least one look that makes us cringe. My money's on loom band jewelry.