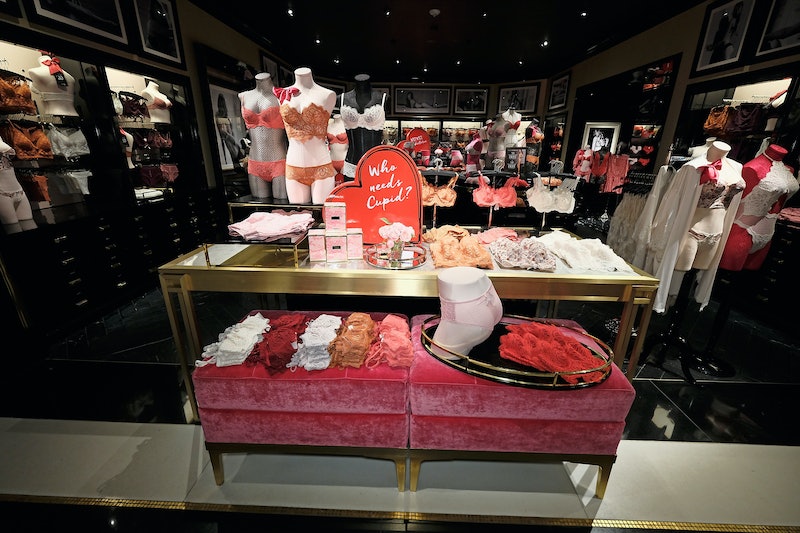 The impending ban on lacy lingerie in Russia, Kazakhstan, and Belarus has some consumers' panties in a bunch. The AP reported that "the ban will outlaw any underwear containing less than 6 percent cotton from being imported, made, or sold" in those three countries and will go into immediate effect on July 1, so Russian women better stock up on their polyester thongs while they can.

Outraged after hearing the news, 30 female protesters took to the streets in Kazakhstan on February 16 while wearing lace underwear on their heads and shouting "Freedom to panties!" until they were arrested and taken into custody. You tell 'em, ladies.

According to the Russian Textile Businesses Union, more than $4 billion worth of underwear is sold in Russia annually, and 80 percent of the goods sold are foreign made. Analysts have estimated that 90 percent of products would disappear from shelves if the ban goes into effect this summer as planned.

While many women found themselves appalled with the government's undergarment decision, others laughed off the panty ban, seeing it as yet another attempt to add regulations and controls to already restricted societies in all three countries. Let's hope this ban doesn't go through, allowing our female friends of the North Eastern hemisphere to don what they please under their clothing.