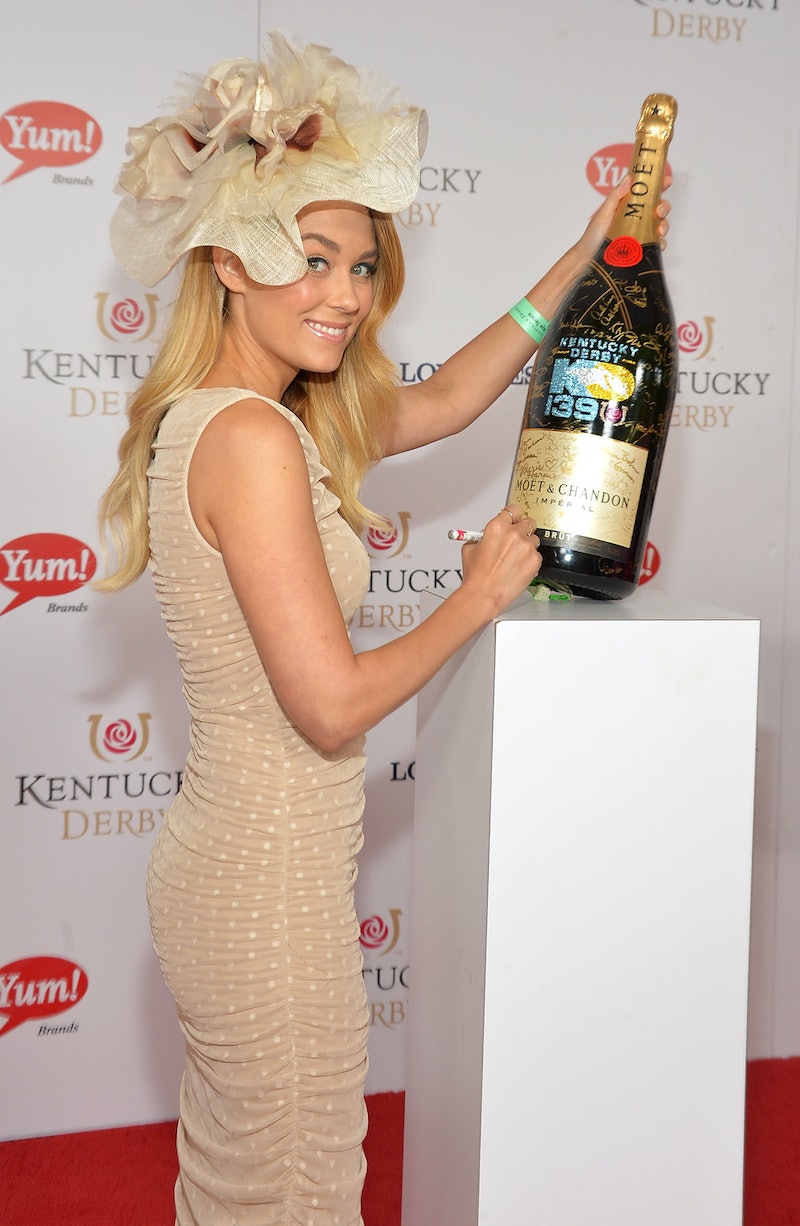 There's no doubt that the Kentucky Derby is well known for one very distinctive fashion statement — hats. Really big hats. While I've always known that its been a tradition of the race, there's one question I couldn't answer until today: when exactly did the Kentucky Derby big hat trend begin?

Well, Kentucky Derby curator Ronnie Dreistadt, said the following in an interview with US News, "It really goes back to England, and the Kentucky Derby was patterned after a race in England, the Epsom." Promoters for the event were looking to make the Derby a "see-and-be-seen" affair so that more women would attend, according to the publication, and the hats were a way to project that image.

"When the Kentucky Derby began in 1875, both American and British women alike wanted to wear their finest to the races, and in those days that definitely included a hat," according to PopSugar.

NBC New York reports that the trend of wearing gigantic hats didn't really take off until the '60s, when television coverage became more prominent, giving "women an added incentive to stand out in the crowd."

If you're headed to the derby but haven't chosen a perfect hat, you're in luck! Here's a few totally cute and affordable options available online right now:

The color is beautiful and the floral accent makes this hat a perfect choice.

If an LBD is your go-to, this one's for you!

If a hat is too dramatic for you, this purple headpiece might be more your speed. You'll still look glam without having to adjust your floppy brim.