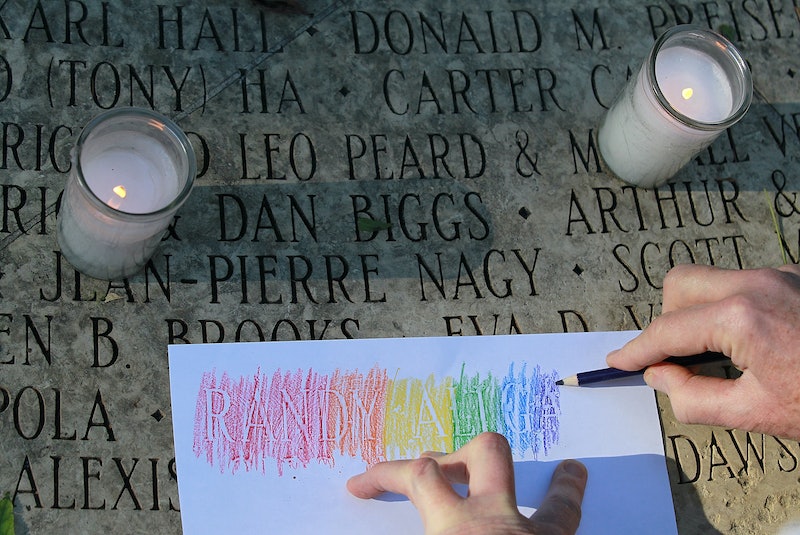 Are you a winter? Or a spring? Back in the late 1980s, Carole Jackson's bestselling book Color Me Beautiful had many women asking these questions to determine which season's color tones suited them best. If you're a "summer," you look good in powder blues and lavenders, while "autumns" should go for brown and olive color combinations, according to Jackson. She promised readers would "discover your natural beauty through the colors that make you look great and feel fabulous." You get the idea.

But what's the basis of color theories? Is there a true science behind why we gravitate toward certain colors? Do our personalities really reflect our favorite color?

In 2007, researchers at Rochester University conducted color analysis. They found that people's IQ decreases when presented with questions on a red background and that participants moved their bodies further away from the red questions. In a broader hypothesis, they said:

First, colors can carry speciﬁc meanings. Color is not just about aesthetics —it also communicates speciﬁc information. Second, color meanings are grounded in two basic sources: learned associations that develop from repeated pairings of colors with particular messages, concepts, or experiences; and biologically based proclivities to respond to particular colors in particular ways in particular situations.

The researchers concluded that more studies on the connection between color and psychology are needed.

As a little kid, you were most likely asked, "What's you favorite color?" about a million times. Let's find out how the answer to that question stays with you for the rest of your life.

Do Colors Really Reflect Your Personality?

There are a bunch of color personality tests out there on the Internet, promising to decode your hidden emotions and better understand yourself. So, just how accurate are they? I took the plunge with two separate tests.

First, I took the Color Code test, which asked me to picked adjectives and reactions that best described me as a child:

I'm pretty sure my main concerns as a child were writing storybooks and playing with American Girl dolls, so it was a bit difficult to get back into that mindset, but I did my best. The test told me I am a "blue," a set of people who "are motivated by Intimacy" and "seek to genuinely connect with others, and need to be understood and appreciated." I guess so? It also tells me I am loyal and worry-prone, which is spot-on.

The second test was from TestColor.com. I was given a bunch of colored boxes and asked to delete my favorites first until all the boxes were gone. After that, I was instructed to delete my least-favorite first. Sneaky.

I have to admit, the results of this test were more detailed and accurate than the first one. If you need me, I'll just be over here brushing off my shoulder for having such a well-rounded personality pie.

Look at the screen you're reading this on right now. Do you notice the many different colors between links, headlines, photos, tab icons, and buttons? What's the reasoning behind that?

Blue is the most powerful color on the Web. The developers of Facebook, Twitter, and Tumblr were probably aware of this — even though Mark Zuckerberg claims it's because he is red-green colorblind and blue is the color he sees best.

One company tested how changing a button on a website from green to red could change click-through rates.

Green connotes ideas like 'natural' and 'environment,' and given its wide use in traffic lights, suggests the idea of 'go' or forward movement. The color red, on the other hand, is often thought to communicate excitement, passion, blood, and warning. It is also used as the color for stopping at traffic lights. Red is also known to be eye-catching.

The testers were surprised when the red button got 21 percent more clicks than the green one. Apparently, people are more receptive when their eyes tell them to "stop" than to "go."

Experts estimate that colors influence 90 percent of our potential purchases. When consumers become familiar with a company's color, they associate the company with good (or bad) experiences.

Imagine you have a pounding headache, so you stop at the local drug store to pick up a remedy. Are you more apt to buy a bottle of Tylenol or a generic acetaminophen? Research has shown that our brains don't have to work as hard when choosing a name brand. That's likely because we recognize the color of the packaging, telling ourselves we are more likely to be comfortable with the decision:

The results showed that strong brands activated a network of cortical areas and areas involved in positive emotional processing and associated with self-identification and rewards. The activation pattern was independent of the category of the product or the service being offered. Furthermore, strong brands were processed with less effort on the part of the brain. Weak brands showed higher levels of activation in areas of working memory and negative emotional response.

Furthermore, our brains pick up on the appropriateness of a product's color — making our purchases a major part of how we want to be portrayed. Whether you are buying a car or condoms, you expect it to be a certain color. Admit it: You wouldn't buy brown tampons.

And the Most Attractive Color Is...

Colors influence your relationships in major ways. In a 2010 study, psychologists Stephen Palmer and Karen Schloss of UC Berkeley got straight to the point:

Red is widely viewed as the color of love, as you remember from Valentine's Day. But red is more than just a color force-fed to us by marketers — science backs up that red makes men more attracted to women, but that they are unaware of the color's amorous effects.

"It's fascinating to find that something as ubiquitous as color can be having an effect on our behavior without our awareness," says psychology professor Andrew Elliot. He adds, "In doing so, our findings confirm what many women have long suspected and claimed – that men act like animals in the sexual realm. As much as men might like to think that they respond to women in a thoughtful, sophisticated manner, it appears that at least to some degree, their preferences and predilections are, in a word, primitive."