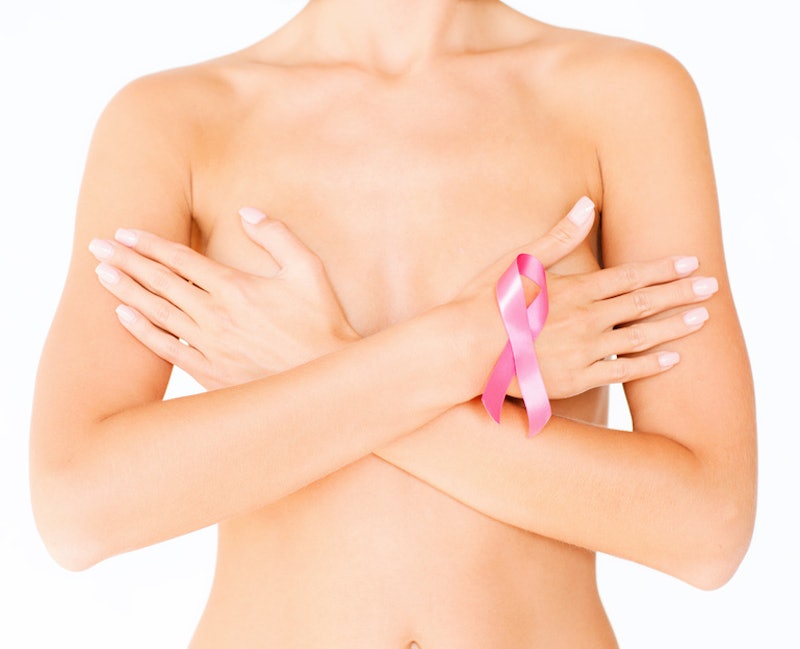 More and more women who undergo mastectomies are also getting reconstructive surgery, according to new research. Mastectomies, the removal of one or both breasts, can either be a way of treating breast cancer or a preventative measure for those at a high risk for the disease. Among patients who have the procedure, 63 percent then go on to receive reconstructive surgery — up from 48 percent in 1998.

This rise in reconstructive surgery may be driven by the increased number of women seeking preventative double mastectomies. Science is better than ever at detecting which women are at risk for breast cancer, and preventative mastectomies have become more common accordingly. Mastectomies as a preventative measure increased from three percent to 18 percent over the past 15 years, and this increase may be due to the fact that "reconstructive techniques allow [women] to feel more confident that they will look good after mastectomy," according to Dr. Oren Lerman from the Institute for Comprehensive Breast Care in New York. Three quarters of women who undergo a double mastectomy also undergo reconstructive surgery.

Where a woman lives also has an effect on how likely she is to seek reconstructive surgery. In North Dakota, only 18 percent of patients choose reconstruction, while in Washington D.C. the number is 80 percent.

For some women, living without one or both breasts is not a big deal, and they aren't interested in undergoing more procedures. For others, reconstructive surgery is part of getting back to normal and moving on with life. And, of course, there are a thousand other reasons a woman might make either choice. But more and more women are opting for reconstructive surgery, which "is probably more related to better access to information and plastic surgeons," says Lerman.

However, he also notes "there's still a ways to go." Many women don't have the financial resources, or the proper facilities in their area, for reconstructive surgery, which may at least partly explain the geographic differences in the procedure's popularity. So even though it's wonderful that this option is seemingly available for more women than ever, it may become even more popular as access expands across the country.

More like this
Black Women's Equal Pay Day Highlights An Upsetting Problem
By Brandi Neal
This Psychological Effect Might Be Keeping You From Hitting Your Goals
By Lexi Inks
Women Around The World Are Cutting Their Hair In Solidarity With Mahsa Amini
By Darshita Goyal
Here’s Your Daily Horoscope For September 26, 2022
By Mecca Woods
Get Even More From Bustle — Sign Up For The Newsletter