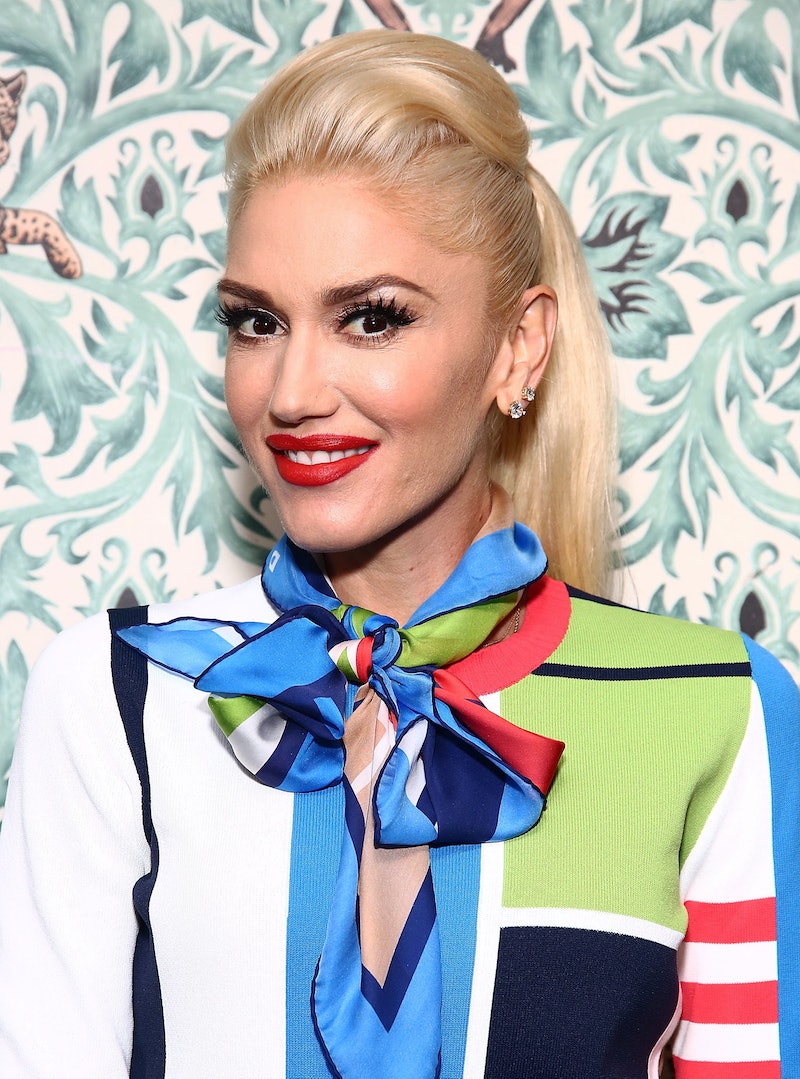 As a longtime fan of her music and style, I've seen Gwen Stefani evolve from the queen of the '90s ska-punk revival, to a successful solo dance artist, to a highly respected fashion designer. Through it all, Stefani's always stayed true to herself and inspired her fans — from the hood to Japan's Harajuku Girls — to be happy in their own skin. Of course, there have been times when Gwen Stefani didn't exactly look like herself (that's part of being a pop superstar, after all) but after she posted a makeup-free selfie on Thursday, I realized that underneath it all, it's Stefani's natural beauty and confident personality that we most admire about her.

Ever since she became a household name as the lead singer of No Doubt, Stefani has carved her own style into the '90s pop music landscape. Her look was equally inspired by Marilyn Monroe and Blondie, but with a little bit of Southern California punk and reggae flair. After she launched her solo career in 2004, the singer mixed her love of avant-garde designers like Vivienne Westwood and John Galliano with the quirky street style of Japanese youth. That same year, Stefani created her label L.A.M.B., which was a culmination of her eclectic personal style, and the inspiration she took from various cultures and places.

Throughout her career, Stefani has never been accused of copying another pop star's style. However, the photos below show that even someone who's a true original like her can maintain some anonymity at times or even be mistaken for a different celebrity.

Stefani's casual outfit is a perfect match for her country sweetheart Blake Shelton.

The singer ditched her signature red lips in favor of a nude tone to go with this sophisticated red carpet look.

From the asymmetrical outfit to that pose, this is reminiscent of early Lady Gaga looks. All she needs is a hair bow.

Anyone else getting Sia vibes with this edgy, two-tone hairstyle?

She went incognito in a pair of sunnies and a simple black blazer and white tee combo.

Stefani could be mistaken for fellow pop star Pink in this hairstyle and jumpsuit.

The singer definitely channeled Back to Basics-era Christina Aguilera during this performance.

She might be famous for her signature red lip and thick, black lashes, but Stefani reminds us that she's just as beautiful without all of the rouge and mascara.