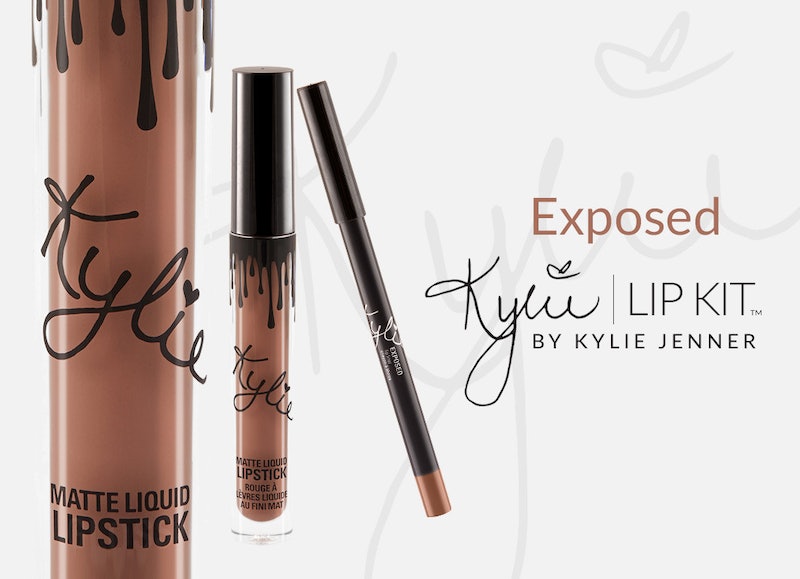 Kylie Cosmetics has done it again. The cosmetic company just launched its ninth matte liquid lipstick shade, and it's already gone. If you're curious to see how the fans are feeling, take one look at these Twitter reactions to Kylie's "Exposed" Lip Kit being sold out for the first time. They are not happy campers.

ICYMI, "Exposed" is described as a "light, cool toned nude" shade. It's a sandy brown that would be a great alternative to True Brown for fairer skin tones. But let's be real: It probably looks great on everyone. That's a signature component to Jenner's lip kits, and no doubt a reason why the shade sold out just as fast as the eight before it. In fact, it was the first color to sell out. It took approximately nine minutes and was gone right around the time more than 100,000 shoppers were on the site, according to Jenner's Snapchat.

This launch seemed to go much more smoothly for fans, compared to launches past. Usually, shoppers expect browsers to shut down quickly or sellouts to happen before they even have time to load their shopping carts. Plus, the site itself has been known to crash so hard fans are unable to buy anything at all. This time, the launch seemed easier, according to Twitter, and tons of fans were happy to get their hands on "Exposed."

But not everyone was so lucky, unfortunately...

This was a super popular shade and surely she'll have it back, soon. Better luck next time!