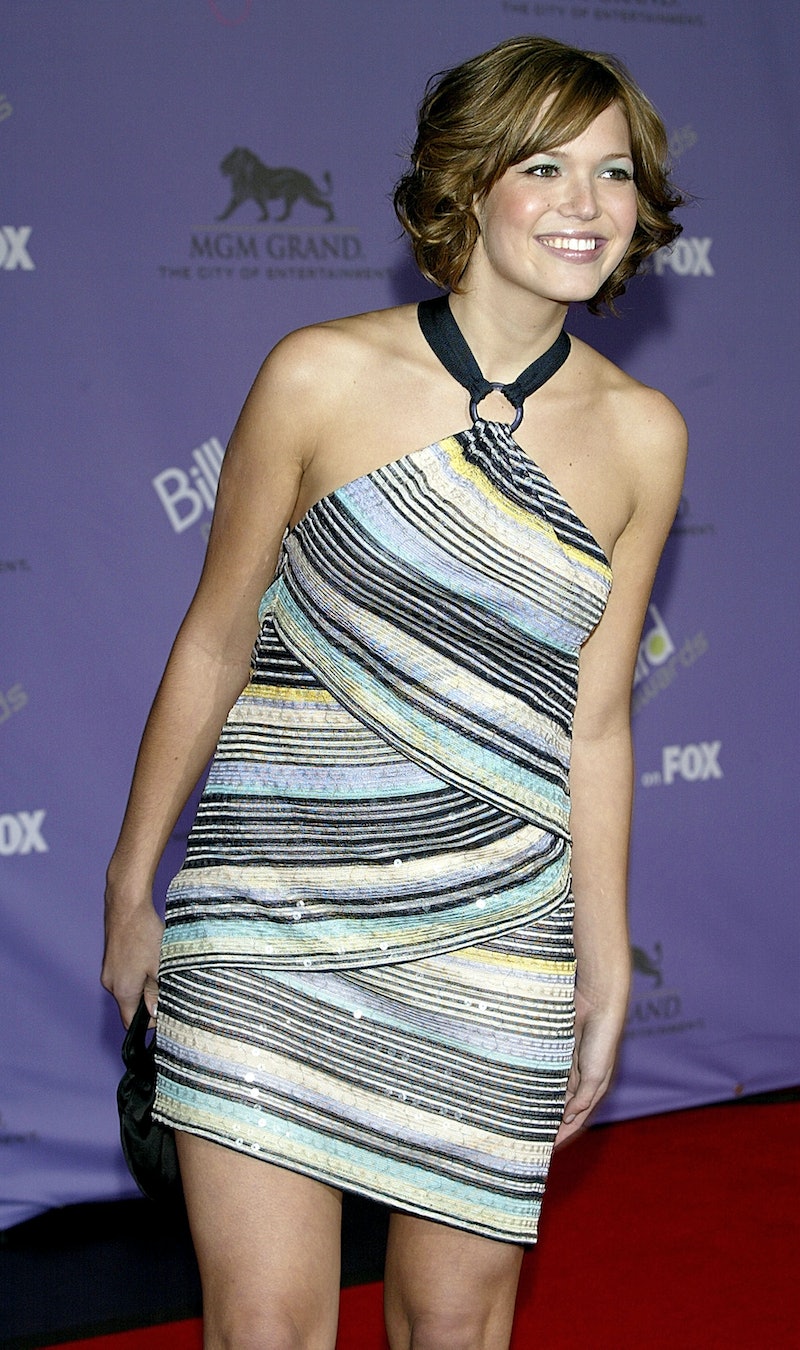 Even as '90s trends continue to pop up on the runway and red carpet, it seems like 2000s trends are staying firmly where they belong, at least for now. It's probably something we should be grateful for — after all, it may not seem like long ago, but fashion sure has come a long way since then. Gone are the days of super shiny dresses, exaggerated ruching and ruffles, in-your-face spaghetti straps, and all the other inexplicably popular trends of the early 2000s — and thank goodness for that. Now, we can focus all our energies on questionably stylish athleisurewear and non-ironic fur accessories.

Jokes aside, the early 2000s were an especially, uh... interesting time for Billboard Music Awards — so, why not take a walk down memory lane, and take a look at some of the dresses of BMAs past?

The dog tags and deconstructed chemise top are pretty bad, but luckily for her, the podium is covering up an asymmetrical metallic skirt and pink flowered sandals.

I didn't know Ashanti was one of of Tinkerbell's close personal friends.

Oh, Pink. I'm all for taking risks on the red carpet, but it would seem that the early 2000s marked a lot of flying too close to the sun for the "Raise Your Glass" singer.

Anyone else really glad that particular neckline went out of style? And what was the deal with pastels mixed with black stripes back then?

Your best friend's sweet sixteen, circa 2003.

Would you hate me if I said I actually kind of liked this look?

There's just something so 2000s about that neckline.

Those proportions are just... off.

Why oh why, Jennifer?

I'm glad McPhee has worked on her red carpet posing over the years.

This might just be the most 2006 dress I've ever seen.

It's hard to pick a favorite look from this list. Pink circa 2003 certainly killed it, and I have to admit, I'll always have a soft spot in my heart for Mandy Moore. There's also a certain strange sense of familiarity in all of the jewel toned satin dresses that once ruled the red carpet — they're like early 2000s fashion dinosaurs. Every one of these outfits is an early '00s winner in my mind.